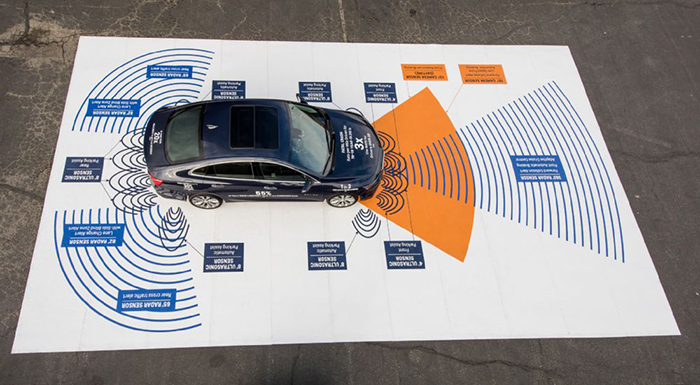 A new study by the Insurance Institute for Highway Safety (IIHS) shows that automatic braking systems reduce rear-end collisions by around 40 percent on average. Thus, regulators, safety groups and some automotive manufacturers are pushing the implementation of the technology in new cars.

When combined, crash-prevention technologies cut the occurrence of rear-end collisions involving injuries by 42 percent, but authors of the study found that collision warning alone had little effect in minimizing injury accidents.

Furthermore, the study concluded that if all vehicles could alert drivers of an impending crash and automatically apply the brakes, some 700,000 crashes could have been prevented in 2013 or almost 13 percent of all police-reported crashes that year.

IHS says that for the 2015 model year, only one percent of vehicles included automatic braking as a standard feature, while 26 percent offered it as an option. However, the technology is rapidly gaining mass acceptance.

In 2015, in an agreement brokered by the National Highway Traffic Safety Administration (NHTSA) and IIHS, a group of ten automotive manufacturers decided to ultimately make automatic braking systems a standard feature on new cars. Since then, other automakers have joined the deal according to NHTSA Administrator Mark Rosekind.

In a statement, David Zuby, IIHS chief research officer, said that as this technology becomes more mainstream, they could anticipate seeing fewer rear-end crashes and the same goes for the whiplash injuries caused by these crashes.