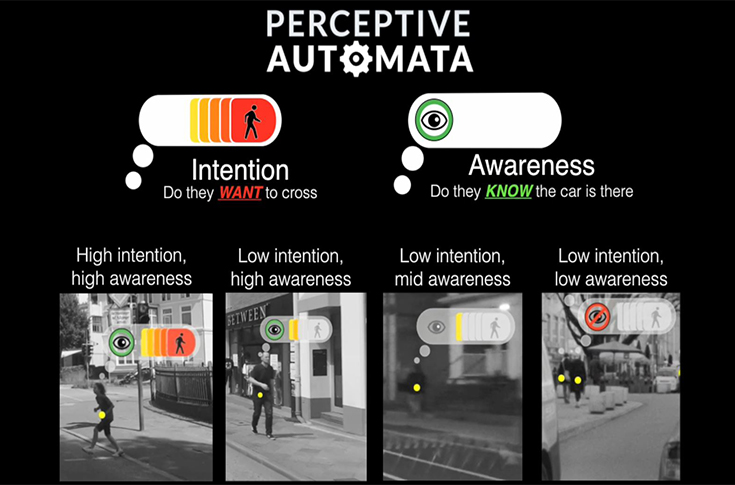 Hyundai to invest in AI software company for self-driving cars

Hyundai CRADLE (Center for Robotic-Augmented Design in Living Experiences) has announced that it has invested in Perceptive Automata. Hyundai CRADLE is the Hyundai subsidiary that deals with open innovation business and corporate ventures, while Perceptive Automata specializes in the development of artificial intelligence software for self-driving cars and automated systems.

Perceptive Automata is a Somerville, Massachusetts based startup that has an office in Silicon Valley. The company has developed software capable of giving autonomous vehicles the ability to understand the state-of-mind of people, including other road users like pedestrians, cyclists and other motorists. With the help of this software, automated vehicles can quickly assess the intentions and awareness of people on the street and thus make roads safer for all road users.

Perceptive Automata’s core technology takes sensor data from vehicles that show interactions with people. This data is then used for training deep learning models to evaluate and interpret human behavior in a manner that mics human behavior. The outcome is highly sophisticated AI software that can be integrated into autonomous driving systems. Using the software, autonomous vehicles will be able to predict what pedestrians, cyclists and motorists are likely to do next.

Commenting on the deal, Sid Misra, co-founder and CEO of Perceptive Automata said that the company was very happy to have an investor like Hyundai on board as it understands the importance of the software in solving a key issue for the cars of the future.

Misra added, “Hyundai is one of the biggest automakers in the world and having them back our technology is incredibly validating.”

Perceptive Automata’s software is highly useful in instances where a pedestrian begins to cross the street but changes his mind after seeing an approaching autonomous car. In such a scenario, an autonomous vehicle which does not have the software would stop and wait, but the software can read the pedestrian’s intention and will pass on this assessment to autonomous vehicle’s decision-making module.

“One of the biggest hurdles facing autonomous vehicles is the inability to interpret the critical visual cues about human behaviour that human drivers can effortlessly process,” said John Suh, vice president of Hyundai CRADLE. “Perceptive Automata is giving the AV (autonomous vehicle) industry the tools to deploy autonomous vehicles that understand more like humans, creating a safer and smoother driving experience.”