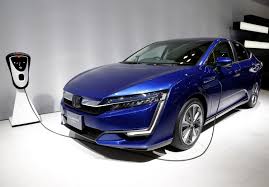 Honda and General Motors have announced that they would be working together to develop modules and battery cells that would be used in electric vehicles. The goal of the partnership is to develop next-generation batteries which are more viable to manufacture and would cater to consumer needs better with faster charging and higher energy density in more compact packaging.

By collaborating, both companies would benefit from economies of scale and With the two companies joining forces, there are manufacturing efficiency benefits, according to the statement that both Honda and General Motors released. The two leading automotive manufacturers have already worked together on development of fuel cell technology with regard to commercialization of fuel cell and hydrogen storage systems.

When it comes technology for electric cars, the collaboration between the two automotive majors pertains to the “next-generation” GM batteries supplied to Honda and this would be mainly for vehicles sold in the North American market.

The new partnership with Honda seems to indicate that that Honda is hedging its bets when it comes to alternative fuel technologies. Though it seems to believe strongly in fuel cell technology, Honda will not neglect battery electric vehicles, though it would need to collaborate with GM to make research in this segment affordable.

“In addition to our ongoing joint development and production of fuel cells, this battery component collaboration will enable us to take a new step toward the realization of a sustainable society,” said Takashi Sekiguchi, Honda’s chief officer for automobile operations.