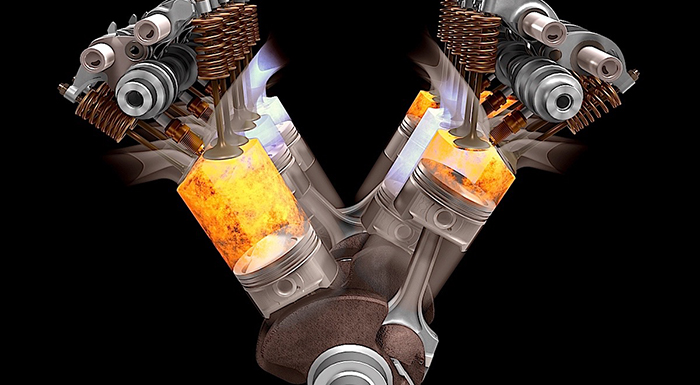 In a quest to sustain its top position in the automotive world, Honda has recently filed a patent on a new engine design with variable cylinder displacements. Each cylinder of Honda 2.0L four-cylinder engine comes with 500cc of displacement, which can be changed in four different ways, including either 500cc, 1000cc, 1500cc or 2000cc.

According to AutoGuide.com, the new technology is anticipated to offer more than four different total displacements working at the same time, with a small gap between them.

There will be 15 various combinations of one-to-four cylinders firing, signifying that an engine may have 15 various displacements working all at the same time, with a small gap between them. The patent filed by Honda describes about how such cylinders of various sizes could be arranged to spread the load on the crankshaft. One of the problems with such engines is the launch of vibrations into the engine due to various sizes cylinder displacements.

The patent also describes that the biggest cylinder displacement will sit in the middle of the crankshaft and the smaller cylinders will surround it and work alternatively to minimize vibrations.

Reports say that the patent was filed in 2014 and was published in January this year. Given that there is no official declaration from Honda regarding the patent, it is still uncertain as to when this engine will be produced and hit the road.