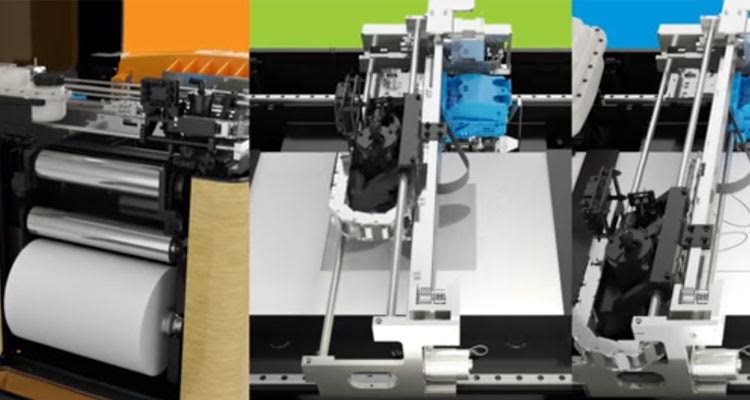 Honda is exploring the unlikely concept of using paper-based 3D printing for making carbon fiber reinforced polymer (CFRP) parts. In the past year, the company has been working with an Irish company called MCCor Technologies to create CFRP molds that Honda will use for high-performance vehicle testing. Generally, limited production runs of CFRP parts is carried out by making molds out of metal with a CNC machine. This a process that is highly labor-intensive and time consuming.

According to Mcor CEO and co-founder Dr. Conor MacCormack, it is possible to significantly reduce the time and costs associated with this process if paper-based 3D printed models are used instead of metal based CFRP parts. Cost can be reduced by as much as ten times. Hence, it would be possible to use such parts in mass-produced cars and not just in low volume manufacturing of high-performance vehicles Mcor has developed a proprietary technology is known as selective deposition lamination (SDL). During the process, a digital 3-D model is broken down into individual slices that will eventually be fashioned into the layers of the final printed object. After paper is fed into the print chamber, an adhesive is selectively deposited into the shape of those slices. Then, another layer of paper is loaded before a heated plate is used to apply pressure, and this cements the adhesive into position, binding the two layers together. A tungsten carbide blade then slices around the printed layers and the process is repeated until the object is complete.

Once Honda became aware of SDL 3-D printing, the company began experimenting with laying traditional CFRP over 3D-printed paper molds. These are then placed together in an autoclave for final curing and the parts that are finally obtained are, according to McCormack, just as good as those made conventionally. He said that there was no difference in performance when the paper-based 3-D printed parts were compared with plastic 3-D printed material in Honda’s wind tunnel testing. In fact, the paper-based parts exhibited a higher level of toughness than conventionally printed parts.