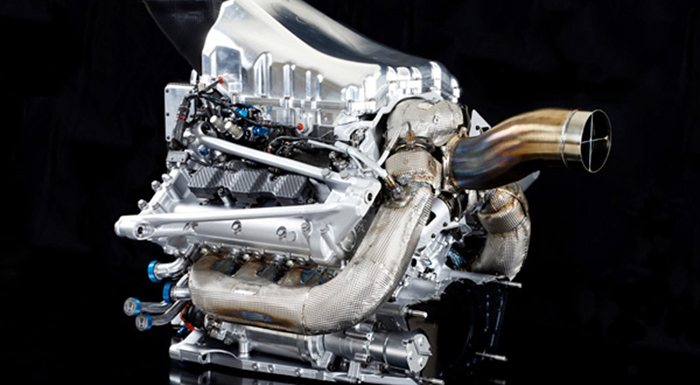 Formula One racing will now become more intense and exhilarating than ever, with IBM’s recent announcement that Honda R&D is tracking and analyzing data from over 160 sensors in F1 cars utilizing IBM Watson Internet of Things (IoT) technology. Now, both drivers and crews can apply data and analytics in real-time to help simplify performance and enhance fuel efficiency, enabling drivers to make real-time racing decisions based on this data, such as pit stops and speed adjustments.

For almost a century, the world of motorsports has brought entertainment to fans around the world, and is popular for the split-second reactions of drivers that can make or break the race. Right after the action on the race track, engineers would pull data, including fuel flow and timing, from the vehicle to adjust racing techniques for the next race.

However, today, the action-packed sport has evolved into one that is data driven, with drivers always being connected. Racing teams can already analyze fast streaming vehicle and driver data to adjust racing techniques in real-time, including methods of fuel conservation—all important factors that can help drivers triumph in the race. In 2014, the Fédération Internationale de l’Automobile (FIA), which rules F1 racing, published new regulations that obliged all F1 cars to use hybrid engines and limited fuel consumption during races, driving the sport to concentrate on the development of more energy-efficient automotive technologies.

Aiming to mark its comeback to F1 racing and achieve new milestones in efficiency for both race cars and upcoming consumer models, Honda R&D developed a new system to analyze data from hybrid engines, called power units, to instantly and efficiently check residual fuel levels and forecast any mechanical problems. The Japanese automaker is employing the IBM IoT for Automotive solution, based on IBM Watson IoT technology, to deliver data generated from cars, including power, pressure, and temperature levels, directly to the cloud for real-time analysis.

According to Satoru Nada, chief engineer and manager, Power Unit Development pision, Honda R&D Co., Ltd. HRD Sakura, Honda R&D is pleased to work with IBM to mark its return to F1 racing, applying innovative IoT technologies to help ensure their drivers and teams are constantly connected. He said that they are bringing excitement to fans worldwide around the performance of their vehicles and drivers, with the power of data and real-time analytics becoming an important factor in winning races.

Now, Honda’s F1 racing vehicles can recover or save energy to use later during the race for more power. For instance, anytime the driver engages the brakes, the heat produced from friction can be captured and saved to the battery, the same with the hybrid vehicles sold by Honda to customers. Or, the system will capture heat from the exhaust and save it as more energy in the battery as well. Then, the system can provide more power when needed, such as when passing another racer.

While the race is taking place, data is streamed to the cloud and shared with the pit crew teams equipped with mobile technology and tablets. The data is then analyzed in real-time by researchers at HRD Sakura, Honda’s R&D facility in Japan and the McLaren Honda F1 team in the UK. The transmission of this analysis employing IBM Streams, implemented by IBM Global Business Services, as the race is taking place enables for adjustments to basic metrics such as power, pressure and temperature levels that help enhance the vehicle’s performance. Furthermore, the Honda research team can also now build extremely complicated performance models to measure energy recovery of the power unit to guarantee its longevity.

Harriet Green, general manager, Watson IoT, Commerce & Education, IBM noted that with the quick growth of the Internet of Things, by 2025, every car would be connected in some way showing huge amounts of streaming data ranging from traffic updates to vehicle health, operations and more. “We are excited to team with Honda to provide sophisticated cognitive IoT capabilities and analytics to combine data directly from the F1 racing vehicles with other sources, allowing Honda to not only enhance its vehicles that are built for speed, but to also be more friendly to our environment.”