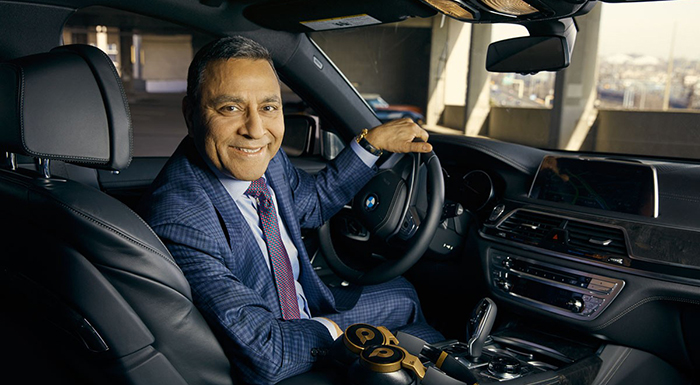 Harman is Confident to Win War for the Dashboard

In the 21st century, there is no driver that does not want access to the Internet for everything from navigation to entertainment. In fact, IHS Automotive forecasts that by 2022, 94 percent of new cars will be connected to the cloud, up from 34 percent last year.

However, a lingering question confronts the industry: how will they connect—through the driver’s smartphone with systems such as Google’s Android Auto and Apple CarPlay or through an embedded modem in the vehicle?

The “built-in vs. brought-in” debate has great implications for companies such as Harman International Industries. The company has sold $3.1 billion worth of infotainment systems to automakers in the fiscal year which ended in June 30 last year, accounting for 50 percent of its $6.2 billion in total revenue.

In January, Harman CEO Dinesh Paliwal reported that the company was on track to meet its financial target this year as planned. However, investors were startled by the fact that revenue growth from the company’s connected car pision slowed to nine percent from before the quarter’s 19 percent, sending the stock down 13 percent.

Paliwal is full of hope that built-in systems will prevail since he has bet over $1 billion last year to give Harman an advantage. Since January last year, the company has made three strategic moves to obtain critical technology for the connected car area. The company paid $780 million to purchase California software maker Symphony Teleca for its cloud computing and analytics capability. In fact, it even spent $170 million to purchase Israeli technology company Red Bend, whose software enables OTA updates. Two months ago, it also added Israeli cybersecurity company TowerSec for its antihacking software.