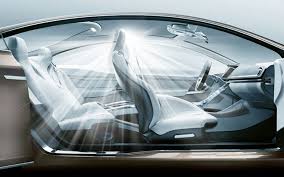 Two key reasons for accidents and deaths on the road are driver fatigue and distraction. Guardian Optical Technologies is already well known for its “All in one” sensor. The company has now announced that it has added the position of a driver’s head to the many factors that are detected by its “All in One” sensor can detect inside a vehicle’s cabin.

When a motorist is drowsy, it slows his reaction times and the level of attention he pays to what is going on around him. It also slows down the speed at which he processes the information he receives through his senses. In the United States, the National Highway Traffic Safety Administration (NHTSA) has reported that driving when sleepy accounted for the loss of 824 lives in the country in 2015. The AAA Foundation for Traffic Safety says that 21 percent of fatal motor vehicle crashes involve driver fatigue.

Gil Dotan, CEO of Guardian Optical Technologies said that the position of a driver’s head plays a key role in determining if the driver is paying attention to the road or sleepy.

Guardian’s stand-alone automatic sensor system has been made from scratch to integrate well with automotive hardware and software, including all built-in safety systems, like airbags and seatbelts.  The system keeps drivers informed at all times of the conditions and people in their cars, and this helps them to significantly reduce the possibility of human error leading to dangerous errors like leaving children behind in the vehicle.

Guardian uses a combination of video image recognition (2D), depth mapping (3D), and optical micro- to macro-motion analysis to constantly keep tabs on occupants and objects within a vehicle, irrespective of whether they are in the front seats or the rear seats. The system comprises g low-cost, automotive-grade components and the sensor can be used to identify the location and physical dimensions of everyone in the car. It can differentiate between people and objects. It has the capability to detect micro vibrations, and thus can register, in some cases, a presence even though it does not have a direct line of sight.