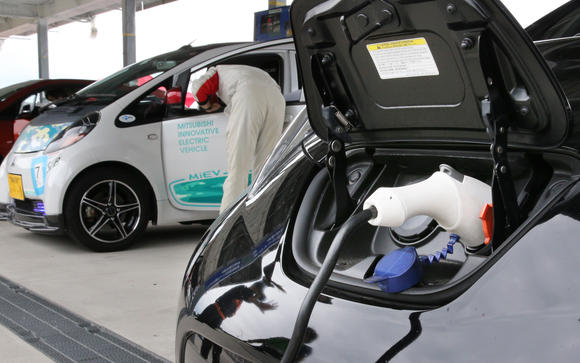 Japanese automotive supplier GS Yuasa has developed a new lithium-ion battery that can double the range of small electric vehicles taking their range close to that of conventional cars. The company has disclosed that it can begin mass production of these batteries as early as 2020 lithium-ion batteries that double the driving range of small electric vehicles.

The cells will be developed by Lithium Energy Japan, which is a joint venture company set up by Mitsubishi Motors and Mitsubishi Corporation. The batteries will be manufactured at the company’s factory in Shiga Prefecture and delivered to car manufacturers in both Europe and Japan.

The i-MiEV compact currently has a range of 170 km per charge and the new battery would increase this range to 340 km, which is comparable to that of a much bigger electric vehicle sporting a larger battery and almost close to that of a petrol car having a full tank.

One of the barriers to the large scale adoption of electric cars has been the lack of charging infrastructure and range anxiety. To an extent, batteries which can provide a longer range will help cope with this issue. The key is the price point and whether the price of the new battery will be close to that of the existing batteries.

GS Yuasa is the fourth largest supplier in the world of automotive lithium-ion batteries. While Japanese companies like Panasonic are some of the leading manufacturers of Lithium-ion batteries in terms of performance and quality, Chinese and South Korean companies are catching up fast.

With the demand for environment friendly cars increasing across the globe, GS Yuasa is set to emerge as a leader in battery technology with this new development.