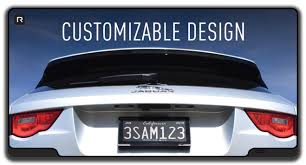 Reviver Auto won the 2019 Global Media Award at the recent SEMA Show in Las Vegas for its Rplate Pro. The Rplate pro is billed as the first digital license plate in the world and was displayed at the SEMA 2018 show at the booth of Reviver Auto’s distribution partner Al & Ed’s Autosound.

Commenting on the award, Neville Boston, CEO of Reviver Auto said that the SEMA show marked the debut of the Rplate Pro and he was very proud to have the Rplate Pro recognized by the show’s distinguished panel of international judges as one of the products most likely to succeed in their home countries. Boston added that the Rplate Pro offers unique customization and connectivity opportunities, in addition to transformative efficiencies, to both consumers and businesses. He said that the award validated the company’s goal of having an Rplate on every vehicle.

The SEMA Global Media Awards Program recognizes those companies which manufacture specialty equipment products and accessories that are likely to have mass appeal to consumers in their home countries. The products for the award are carefully chosen by a very prestigious group of international journalists who serve as the judges. This year, the jury for the awards comprised about 30 judges drawn from 19 countries. Each judge carefully assessed almost 3,000 product entries at the SEMA Show before selecting the winners.

The Rplate pro was launched in California this summer, and transforms the very concept of a number plate. Now, it is a sophisticated, sleek, digital, high definition display that makes it possible for consumers to view their vehicle’s telematics. They can easily customize the look of their plate by changing the background (black to white / white to black) and adding causes approved by the DMV or personal messages such as ‘Support Our Troops,’ ‘God Bless America,’ or ‘I’d Rather Be Running.’ IThe digital numberplate can integrate easily with the styles of vehicles available today and it comes with a connected car platform that automatically reflects registration renewals by replacing legacy stickers with digital decals.

“The idea of customization and personalization has been growing throughout world,” said Linda Spencer, SEMA director of international and government relations. “Our goal is to have media experts from around the world determine which new products are likely to succeed in their home markets. The automotive specialty-equipment market is made up of enthusiasts who are passionate about the hobby, and so it’s exciting to see how their love for cars, trucks and SUVs is impacting those throughout the world.”