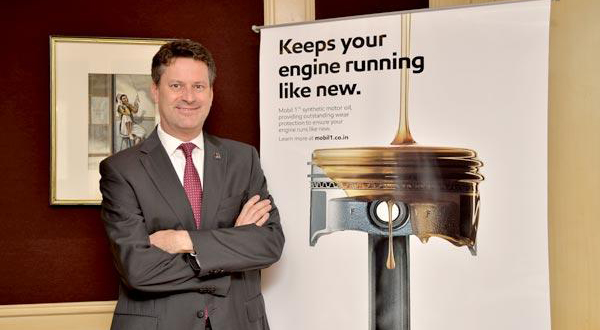 ExxonMobil is now heavily working towards reinforcing its foothold in the automotive lubricants segment in India as it eyes a potential for growth within the lubricants industry.

Pablo Conrad, global brand manager, Passenger Vehicle Lubricants (PVL), ExxonMobil, said in an interview that in their global portfolio, India is one of the top markets concerning industry demand, and thus an extremely essential market for them. He added that they have traditionally had a presence in the country, but they want to grow even more. “India is a market which is attracting more of our attention and our investments.”

India is by far the third biggest lubricants market in the globe, behind China and America, and approximately 58 percent of the same is contributed by automotive segments in different spaces.

Elaborating on the upcoming area of focus, Conrad noted that the company is directing more efforts towards the two-wheeler segment where it eyes tremendous growth. He added that they have been surprised by the growth rates in the two-wheeler segment, so that is an area where they are paying more attention now and are exploring additional ways of meeting those needs.

India’s lubricant space is highly competitive. ExxonMobil, which has over 50 distributors in the country and more than 500 stores under the Mobil1 brand, targets to expand its presence in the near term by reinforcing its collaboration with automakers and distributors.

Conrad continued that they believe it is a great way to get into a marketplace with leading automakers and continue the relationship of technology development. “We want to expand our relationship with them. In India, we have a great partnership with Maruti Suzuki and Tata Motors among others, and globally, too, we are working in close collaboration with automakers such as Porsche, Mercedes, and Bentley.”

Earlier this year, ExxonMobil Lubricants announced its official partnership with the three Maruti Suzuki rallies taking place this year, beginning with the 14th iteration of the Maruti Suzuki Desert Storm. Conrad commented that apart from achieving a great level of exposure by collaborating with Maruti Suzuki, they also get insights into the working of their products as they operate in hot or cold conditions, and even dusty environments.

Just recently, the US oil major has rolled out its Mobil 1 5W-30 synthetic engine oil in the Indian retail market under its lubricants arm, ExxonMobil Lubricants. Included in the company’s existing range of oils in the country are Mobil 1 0W-40, Mobil 1 ESP Formula 5W-30, Mobil 1 5W-50, and Mobil Super 4T 20W-40.