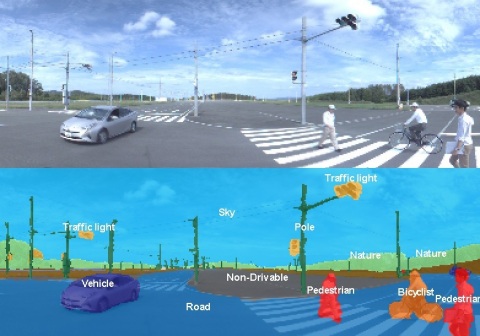 Denso Teams up with Toshiba to Work on Breakthrough AI Technology

DENSO has agreed to team up with Toshiba in order to work jointly on an artificial intelligence technology called Deep Neural Network-Intellectual Property (DNN-IP). This technology will eventually be used in image recognition systems that have been made independently by the two Japanese manufacturers to fine tune advanced driver assistance and automated driving technologies.

DNN is an algorithm that is modeled on the neural networks of the human brain, and is expected to perform recognition processing in a manner that simulates or is even better than human beings perform.

When it comes to automated driving, automotive computers should ideally to identify different road traffic situations including a wide range of obstacles and road signs, the availability of road space for driving and parking, and identify potentially dangerous situations. When image recognition is based on conventional pattern recognition and machine learning, objects that need to be recognized by computers must be fed into the system in advance and  there is no leeway for variation from the information that has been fed into the computers.
In the case of DNN-based image recognition, computers can extract and learn the characteristics of objects on their own, and this can make a significant difference to the accuracy of detection and identification of a wide range of objects.

DNN technology is advancing at a rapid pace, and the partnership between the two companies will make the technology flexibly extendable to various network configurations. They will also work on making the technology ready for implementation in in-vehicle processors that will be smaller, consume less power, and feature other optimizations.

DENSO has been developing DNN-IP for in-vehicle applications. The effort to expedite the commercialization of DNN-IP through the joint development and incorporating DNN-IP in in-vehicle cameras will help DENSO to attain its goal of developing high-performance, advanced driver assistance and automated driving systems that will help make vehicles safer for people all over the world.

Toshiba will play a role in partitioning this jointly developed DNN-IP technology into dedicated hardware components and implementing them on its in-vehicle image recognition processors. This will help improve their image processing performance and enable them to process images using less power than image processing systems with digital signal processors (DSPs) or graphics processing units (GPUs).