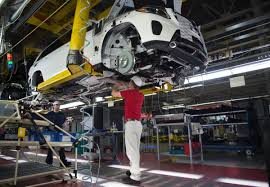 China to Cut Tariffs on Some Auto Parts and Vehicles

The United States and China have recently been engaged in a war of words with regard to tariffs and this has had significant impact on the automotive industry. Recently, China’s Finance Ministry has said that it will cut import tariffs on some vehicles to 15 percent, and points to a significant decrease as they were as high as 25 percent. When it comes to automotive parts, the new tariffs could be as low as 6 percent. These cuts will be implemented from July 1.

The move points to an attempt to open up what is termed as the largest automotive market in the world to overseas companies. Plans are also being discussed to allow full foreign ownership of car makers in five years in China.

According to the announcement made by the Finance Ministry, the average tax on qualifying vehicles will be reduced to 13.8 percent. The automotive components for which import tariffs would be cut include bumpers, doors and seat belts.

It is higher-end automotive manufacturers like Lexus and BMW who are likely to benefit more from this decision as they have shifted less of their production to China and still rely mainly on imports in the Chinese market.

Companies like Ford and BMW have said that they welcomed this move by the Chinese government. Ford’s imports into China had increased by 16.8 percent on a year-on-year basis in 2017.