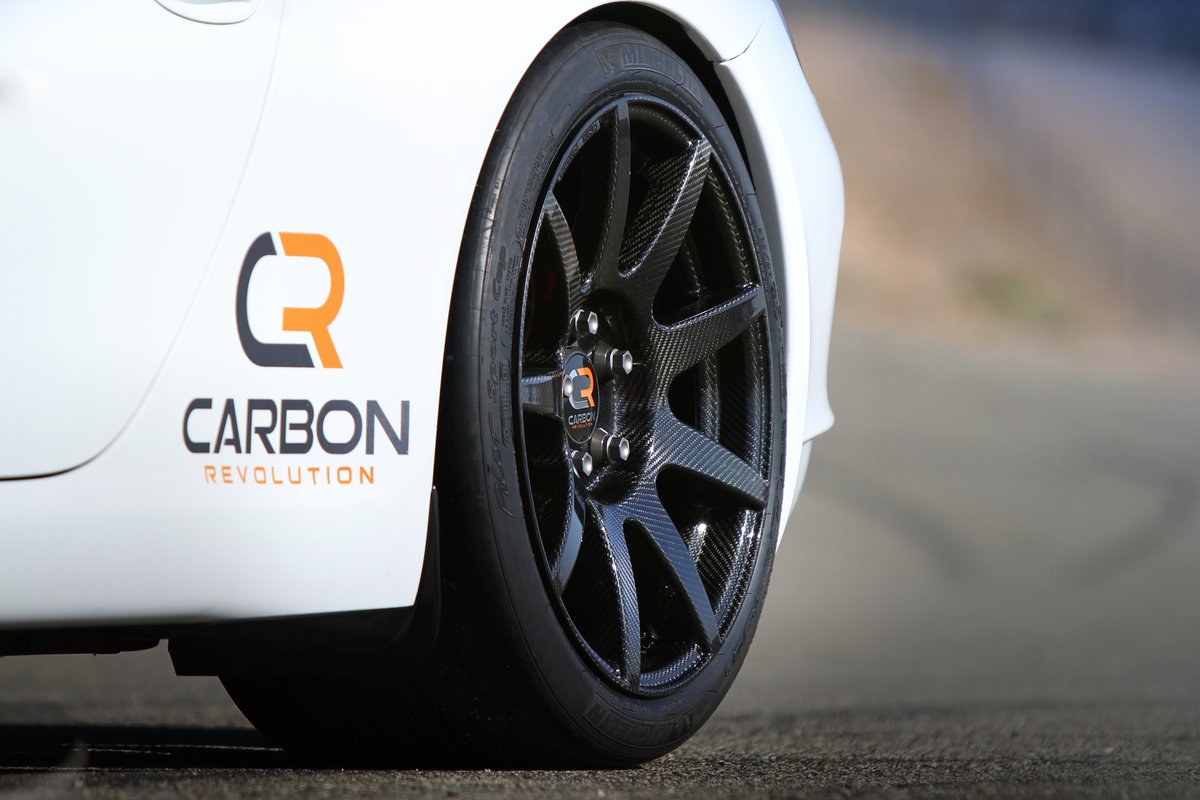 Australian company, Carbon Revolution is all set to take carbon fiber technology mainstream in the wheel industry. Currently, carbon fiber wheels are used only for supercars like the One:1 supercar from Koenigssegg and the Shelby GT350 R from Ford which used wheels from Carbon Revolution. In other parts of the car, automakers are increasingly using carbon fiber for exterior elements and cabin for reducing the weight of the vehicle. When it comes to wheels, Carbon Revolution has proved to be a trendsetter, making wheels that weight only 15 pounds, only half as much as aluminum alloy wheels, thus helping to save weight to the tune of 60 pounds.

In the case of supercars and cars like the Shelby GT350 R, carbon fiber wheels were used to enhance their performance. However, they also serve another purpose, reducing weight in order to increase fuel economy. According to Carbon Revolution’s Executive Director, Brett Gass, the company’s mission is, “If we’re going to lightweight anything, let’s do wheels.”

The reduction in weight is particularly important in the case of electric cars where it is important to enhance efficiency in order to increase the range of the vehicle. Another benefit of carbon-fiber wheels is that they are quieter than metal wheels, as they have “870 percent better noise damping” characteristics than metal, according to Gass. Less noise translates into auto manufacturers needing to use less materials in the interiors to minimize noise, further contributing to reduction of weight. They are just as strong as metal wheels.

While specifications for high-performance cars like the Shelby GT 350R can be quite stringent, according to Gass, those for more economical cars would be easier to meet.

In addition to lighter weight, lower noise and better fuel efficiency,  carbon fiber wheels can be easily fixed with resins when they suffer kerb damage. FCracks are unlikely to expand as they do in metal wheels, as carbon-fiber is a material with a layered structure and cracks do not spread easily from layer to layer.rge Ie

One of the potential disadvantages when it comes to carbon-fiber wheels is their cost as a set of aftermarket carbon-fiber wheels can cost as much as USD 15,000. The cost is bound to come down significantly if the wheels are mass produced as OE for an auto manufacturer. Over three years, Gass said that Carbon Revolution has cut down its own manufacturing costs per wheel by half and expects to reduce this further by 30 to 40 percent in the next two years.

The company is planning to ramp up production at its plant in Australia and has already pre-sold its production of 50,000 units through 2017. Carbon Revolution also has plans to set up factories in other regions. Each wheel is manufactured as a single piece and an RFID chip is embedded in each wheel to reduce chances of counterfeiting and to help identify the car for which the wheel was made, right down to specific VIN (Vehicle Identification Number). It is not possible to embed RFID chips in metal wheels.

With costs coming down over the years, there is every possibility that carbon fiber wheels will soon become a regular sight on the vehicles of tomorrow.