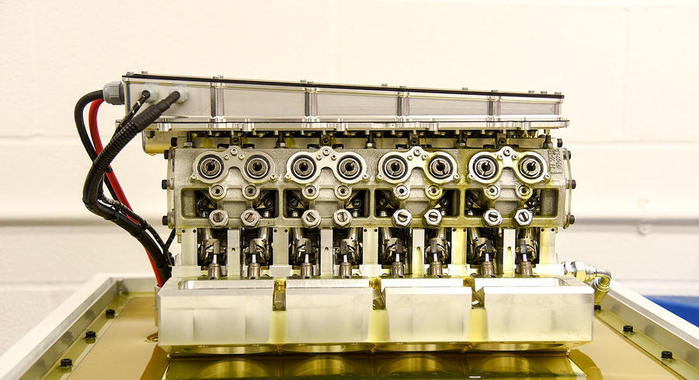 British company Camcon Automotive has developed a revolutionary engine valve technology that could make petrol engines more economical and driveable. The digital valvetrain drive system which is called IVA or Intelligent Valve Actuation, makes petrol engines more efficient and as their emissions are not as harmful as those from diesel engines, this makes them more suitable for use than diesel engines.

The technology has been under development for the past six years and now it has reached the stage where Camcon is ready to commence road trials. Camcon is now offering IVA to major manfacturers and component suppliers for development in order to improve the efficiency of both conventional and hybrid cars.

Speaking about IVA, Camcon technical director Roger Stone, said the system allows valve lift, valve timing and duration to be independently and infinitely controllable. Thus, it is now possible to break the previously unbreakable mechanical link between valve operation and the rotation of the crankshaft which has been the mainstay of all piston engine design for over 100 years.

According to IVA’s inventors, this is a major advance when it comes to engine design as it removes the last remaining analogue system. They feel it is an even more significant development than the switch from points ignition to engine management, or carburettors to fuel injection.

Now that the valve actuation is completely flexible, there is plenty of scope for the engine to be configured depending on the driver’s needs. Thus, the engine can be configured to deliver extreme flexibility in lowspeed, low-load situations, and will have the capability to deliver very high power when needed. It will be free of the constraints that are required by conventional camshaft timing and the less advanced variable valve timing systems that are currently used. IVA is especially adaptable to sophisticated cylinder deactivation, which can further boost efficiency.

The cornerstone of the technology is the development of a system of electromechanical actuators on top of the engine, with each of them driving a short camshaft that opens a valve or valve pair. A demo engine made by Camcon had eight of these actuators and camshafts running across the engine, rather than along it. The valve drive is desmodromic (valves are positively closed as well as opened) and the opening and closing of the valves is controlled by a management computer. This computer is housed in a large metal box atop the engine, and when it comes to production models, this is likely to be linked to existing ECU functions.

According to Stone, IVA allows a very high degree of control. It is now possible to achieve full lift by rotating the camshaft through 360deg, or achieve any amount of intermediate lift by rotating it part of the way and rotating it back again. It can be used in a wide range of engines.

Camcon has already received significant technical assistance from Jaguar Land Rover, which is located nearby and is keenly following the technological progress that has been made.

Camcon has mapped out a program of both test rig and road trials to test the IVA’s durability and to record results in the real world. If a leading supplier like Bosch or Valeo takes up the technology, it would take two to three years to reach production.