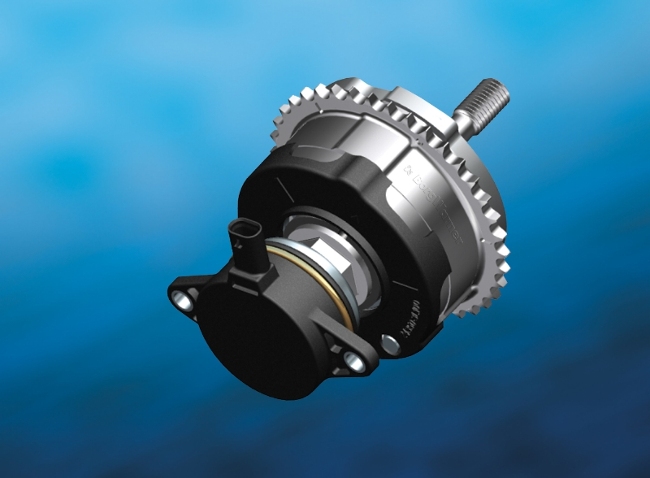 BorgWarner has supplied the first combination of its variable cam timing (VCT) technologies, comprising components like its patented cam torque actuated (CTA) phasers with mid-position lock and integrated center bolt, for Hyundai’s revamped Lambda II V-6 engines. The 3.0- to 3.8-liter gasoline engines made their appearance in the 2016 Hyundai Genesis EQ900, G90, G80 and Aslan as well as the Kia K7. They come with an integrated center bolt for easy assembly, and BorgWarner’s CTA phasers with mid-position lock exhibit a faster response when compared to conventional VCT systems. Hence, engine designers can use new calibration strategies to increase the fuel economy of these engines by 1.7 percent.

Speaking about the new technology, Joe Fadool, President and General Manager, BorgWarner Morse Systems said that BorgWarner is the only supplier that offers this combination of high-performance VCT technologies. He said that as many more automotive manufacturers realize that BorgWarner’s VCT technologies can be easily integrated and offer more leeway in engine calibration, they expect a surge in demand. He added that the company was pleased to debut the latest VCT technologies on Hyundai’s improved Lambda II engine, and offer Hyundai localized manufacturing and engineering support.

BorgWarner’s CTA phasers use the existing torsional energy in the valve train for faster actuation. They can operate under a wider range of engine speeds and temperatures when compared to conventional VCT systems. As they use  BorgWarner’s variable force solenoid, the CTA phasers need less engine oil, minimizing parasitic losses and allowing oil-actuated variable valve lift systems to work with an expanded duty cycle.

BorgWarner’s patented mid-position lock technology gives engines an increased range of camshaft positioning with the default stop being set at an intermediate position within the expanded range of travel. Similar models from competitors need active control to return to default position and relock, but  BorgWarner’s passive mid-lock technology ensures failsafe return to the mid-park position. Customers benefit from reliable engine starts regardless of operating condition. The integrated center bolt reduces time and costs associated with engine production on the assembly line.

BorgWarner not only supplies Hyundai with VCT technologies, but also  supplies the engine timing chain system for many Hyundai engines, like the Gamma, Kappa, Theta and Lambda.