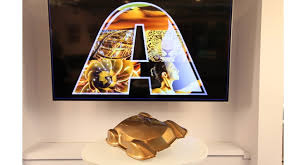 For the first time in its history, Axalta has chosen a golden brown shade it calls “Sahara” as its Automotive Color of the Year. Sahara is a color that is ideal for vehicle customization both in a factory setting and in the aftermarket. Sahara. It is a golden bronze shade that conveys warmth, richness and strength and is suitable for vehicles of all sizes, especially the fast growing segments of trucks and SUVs markets. It could serve as the main shade in many two-tome combinations including black roofs.

Commenting on the new shade, Nancy Lockhart, Axalta Global Color Marketing Manager said that car designers now generally prefer to use two-tone combinations in the case of roofs and stripes. She said that Sahara would work well for mass customization, as it is the type of color that can serve as the foundation for these premium options.”

Derived from Axalta’s ChromaDyne line of color coats which are formulated for global automotive manufacturers, Sahara is partly inspired by global preference for warmer shades that was highlighted in the company’s Global Automotive Color Popularity Report. In major markets like India and China, Yellow/gold vehicles are highly popular while brown/beige vehicles have become more popular in North America.

Sahara is Axalta’s fifth Color of the Year and follows Radiant Red (2015), Brilliant Blue (2016), Gallant Gray (2017), and StarLite (2018) in the previous years as the Color of the Year. StarLite, a pearlescent white, was the first shade that featured in autonomous vehicle discussions. Axalta colors under development are now tested for readability by autonomous sensors, and Sahara has been developed with a view towards visibility.

According to Dan Benton, Axalta Refinish Color Marketing Manager, Axalta’s Color of the Year is another example of how Axalta transfers OEM technology to the aftermarket and repair businesses. “We get calls every year from some of the industry’s best custom builders looking to use color to differentiate their products,” he said. “We have Sahara formulated and ready-to-go in our industry-leading refinish brands including Cromax™, Standox™ and Spies Hecker™.”

Axalta started a year-long celebration of Sahara during the 2019 edition of the North American International Auto Show in Detroit. Highlights includes a video reveal at the EyesOn Design awards program on January 15 and prominent display during the Axalta-sponsored Charity Preview on January 18.

“Locally, we have added color capabilities to our Automotive Refinish Training Centre in Dubai, the first-of-its-kind in the region, to enable refinish specialists to mix and match color coatings to suit their needs in the market, ” said Fadi Medlej, Managing Director of Middle East & North Africa (MENA) for Axalta, “With color preferences evolving as car owners look to stand out on the region’s roads, we believe the enhanced color capabilities will better meet the evolving color demands across the MENA region.”