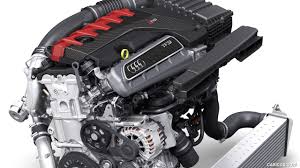 Audi has retained its reputation for winning at the “Engine of the Year” awards with Audi’s 2.5 TFSI engine being selected as the best engine in the 2 to 2.5-liter category for the ninth straight year. The engine has an output of 294 kW (400 hp) which makes it the most powerful series-production five-cylinder engine on the global market.

The members of the judging panel of the “International Engine of the Year Awards” attributed the award to several other significant factors, including the engine’s impressive torque of 480 Nm, which is available at just 1,700 rpm, and the distinctive sound of the turbo unit. This sound is the outcome of neighboring cylinders firing alternately to more distant cylinders, creating a unique rhythm.

Commenting on the award, Oliver Hoffmann, Head of Technical Development at Audi Sport GmbH said that the five-cylinder has been an icon of the Audi brand for over 40 years. He said that Audi completely redesigned the 2.5 TFSI two years ago and changed the crankcase to an aluminum version.

The five-cylinder engine powers the Audi TT RS Coupé and the TT RS Roadster, as well as the Audi RS 3 Sedan and the RS 3 Sportback. While it takes the TT RS and TT RS Roadster from 0 to 100 km/h in 3.7 and 3.9 seconds respectively, the RS 3 Sedan and RS 3 Sportback achieve this feat in 4.1 seconds. The top speed of all four models is 250 km/h as standard.