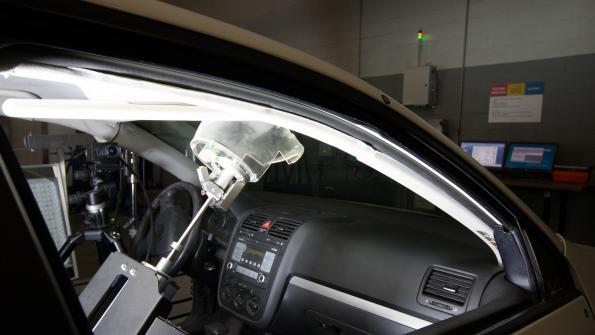 Altran a company that specializes in automotive engineering services and R&D has opened a testing center for passive safety testing center in Michigan which will focus on testing of passive safety technologies and devices like airbags and pedestrian protection technologies. The Michigan center will collaborate closely with other Altran centers across the globe like those in Canada, France, Austria and Germany. This is Altran’s first such center in the United States. The center will also provide customers with local distribution and turnkey-equipment support for customized applications from Altran’s Concept Tech and Microsys testing systems.

Altran has plans to set up a similar center in India in the wake of India’s planned move to impose more stringent regulations regarding seatbelts and airbags.

About the new center in Michigan, Rob Vatter, CEO of Altran North America said that at the new center, the company would bring engineering, testing, simulation and test equipment all under one roof. The company is also mulling the possibility of opening another testing center in Silicon Valley to cater to technology companies and automotive companies involved in the development of connected and autonomous cars.

The Michigan center will have a universal test system with robotic launchers that will assess the impact on pedestrians or occupants in crashes; impactor testing equipment for airbags, a bumper pendulum, low-speed crash device, barrier trolley and drop tower. The testing equipment will be integrated with high-speed cameras and techniques that will make it possible, for instance to measure the time needed for a side-cushion airbag to deploy.

According to Vatter, Altrans is already working on testing passive safety for autonomous cars for German and French OEMs. When it comes to autonomous cars, the seating configurations are likely to change depending on the occupants of a car. A family with three kids will have a different seating system compared to two adults having a business meeting and hence the interiors would be quite different. This poses a challenge when it comes to passive safety. People will no longer always be facing foreward.
Altran has performed passive-safety-testing equipment projects and achieved more than 240 installations for major OEMs. The company has 6,000-plus automotive specialists operating in 15 countries.