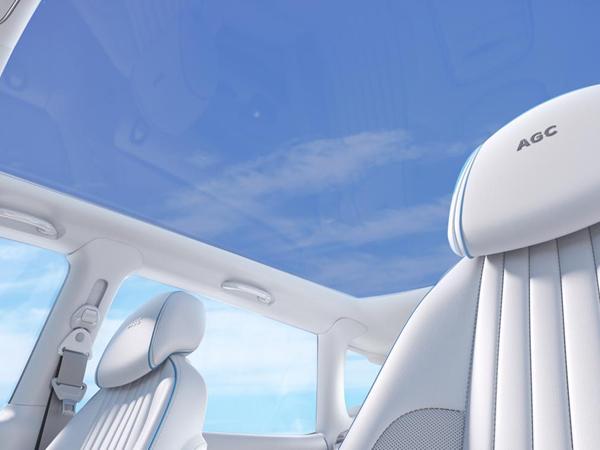 Daimler will be offering a first of its kind barely visible light control glass for buyers of the new S-Class Coupe. Made by AGC Glass Europe, this light control glass roof is three times bigger than similar products in the market and is the outcome of painstaking research and development. Earlier, AGC had looked into this technology for a large Japanese car manufacturer and had acquired the license for SPD (Suspended Particles Devices) film technology in order to work on this unique car roof system. This technology involves covering an extremely thin film with random particles which become aligned and make the structure transparent when exposed to an electric voltage. The main barrier was making the film and applying it to glass viable on an industrial scale, such that the film could last and tolerate all kinds of external conditions. The new roof offers better protection against overheating and UV light, in both transparent and dark modes.

The researchers in Europe worked with their Japanese counterparts to come up with a solution in which the film is part of a laminate “sandwich”. The glass roof comprises not only the film and electrical components but also includes glass with solar control coatings. The outcome is a structure that minimizes the heat inside by reflecting the infra-red radiation and also filters out the ultra-violet radiation that could cause fading of the internal fittings and damage human skin. The production of the final product drew on all aspects of glassmaking including its production, coating, curving and lamination.

Scaling up production while meeting the rigid quality standards of Mercedes was a challenge in itself and called for combining the industrial know-how of plants located in Mol (Belgium), Roccasecca (Italy), Tatabánya (Hungary) and Chuderice (Czech Republic).

The end product, Wonderlite gives passengers the feeling of being connected to the outside world. It is available as an optional extra for other S-Class models: the long wheelbase and stretch versions.
Six months after the product made its debut, it was also fitted on the prestigious Mercedes-Maybach S 600, this time as part of a sliding roof version. The latest variant is a segmenting version, where the user can decide how much of the roof to switch between transparent and dark.