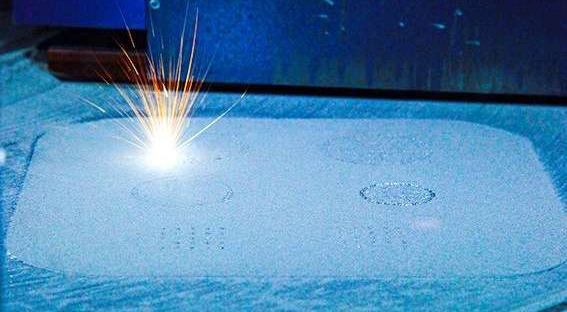 3D printed has already come a long way and is now revolutionizing several areas of science and manufacturing. Particularly, 3D printing of metals has found fresh applications in different fields, including, of course, the automotive industry.

While a number of techniques can be utilized for 3D printing with metals, most rely on computer-controlled melting or sintering of a metal alloy powder by an electron beam or laser. While it is true that the mechanical properties of parts produced by this method have been well studied, insufficient attention has focused on their electrical properties.

In a recently published paper appearing on the cover of the journal Applied Physics Letters, a research team from University of Melbourne and University of Western Australia created a resonant microwave cavity that they 3D printed through an aluminum-silicon alloy (Al-12Si). It shows superconductivity when cooled below the critical temperature of aluminum.

Professor Michael Tobar, University of Western Australia node director of the Center for Engineered Quantum Systems, explained that conductivity is a measure of how easily an electrical current flows through a material, while ‘superconductivity’ is this measure taken to its extreme. He added that it is an effect observed within a number of materials characterized by the total vanishing of any resistance to the flow of electrical current when cooled below a specific temperature.

Hence, two groups at the University of Western Australia—spearheaded by Prof. Tim Sercombe, an expert in materials and 3D printing, and the other led by Tobar, an expert in engineered quantum systems and novel cavity designs—merged their expertise and presented a pilot study to explore the superconducting properties of 3D printed parts.

Tobar commented that the physics of superconductivity is well understood, and it has been known for decades that aluminum displays superconductivity. “But the 3-D printing process relies on aluminum that’s far from pure and it undergoes several processes—atomization, laser melting, furnace annealing, etc. So we wanted to explore whether a range of known superconducting metals could successfully be 3-D printed and retain their desirable electrical property.”

A process called “selective laser melting” (SLM) is likely to produce a finished material with a very small grain and, for several metals, the critical temperature at which superconductivity occurs can be linked to grain size.

Tobar explained that materials such as niobium, molybdenum, and lanthanum all respond differently. He added that grain size has been proven to both increase and decrease critical temperature. “Superconductors with high critical temperatures are particularly interesting, so this 3-D printing process may have some advantage in reducing grain size. The SLM process may also enable rapid testing of new alloys with varying percentages of elements that haven’t been measured before.”

Apart from simply gauging the superconductivity, the group also wanted to show that they could do something potentially useful with this technique so they decided to 3D print a resonant microwave cavity. Utilizing a device dubbed ‘vector network analyzer’, the research team excited electromagnetic modes of resonance at microwave frequencies inside the cavity and gauged its quality factor, also called Q. This measures the length of time injected microwaves are stored within the cavity before being lost. It is directly related to the surface resistance of the cavity walls.

Through measuring the Q-factor, the research team was able to indirectly determine this resistance and exhibit that the material becomes superconducting at 1.2 Kelvin.

For technologies that require much sharper line-widths and higher Q-factors, Tobar said that starting materials such as high-purity niobium powder may be suitable. He added that there is little in the literature concerning 3D printed superconductors, so further work should be done in order to determine more suitable materials and how to enhance the surface finish and resistance of the parts–potentially through heat treatment or chemical polishing or etching.

Tobar concluded that niobium is an outstanding and widely used material for superconducting activities. “We anticipate that using a very pure metal powder for the SLM process will provide great results.”