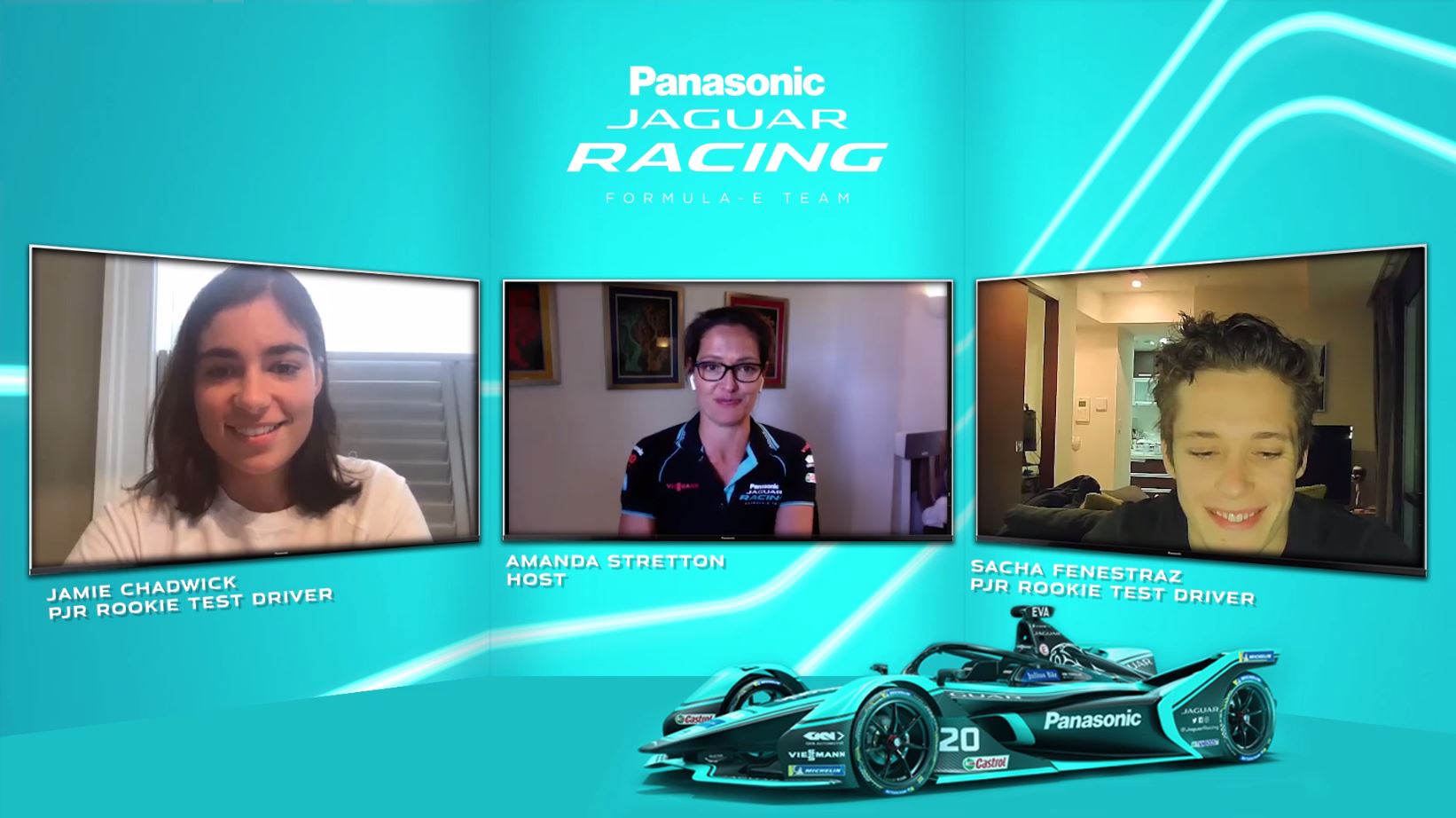 The tenth episode gives an insight into the preparation involved in a Formula E Rookie test, their objectives for the test and uncovers both drivers’ thoughts on the future of electric motorsport.

Watch and listen to episode ten of the ‘RE:CHARGE @ Home’ on YouTube here: https://bit.ly/RAHYouTube-EP10

Also listen and subscribe to the series on Spotify: https://bit.ly/RAHSpotify-EP10

“There are two sides to a test like Marrakesh. To start, the development role for the team as these tests are like gold dust for the engineers. Our role as Rookies is to get on track, gather information, collect as much data as possible and the feedback to the team. On the flip side, testing days are a huge opportunity for us as drivers, so from a personal point of view I just wanted to do the best job I could. As a young driver you’re on a huge stage so you know it’s a good opportunity to perform and showcase your potential abilities in a car like the Jaguar I-TYPE 4.

“I learnt that the main skill in Formula E is adaptability as you have to acclimatise as quickly as possible. The way the street tracks evolve over the day is challenging and like nothing I’ve experienced before. You’re constantly learning on a Rookie test weekend and to get the opportunity with Jaguar was amazing.”

“The I-TYPE 4 is very different to anything I’d driven before. There are a lot of things to manage on the race weekend – listening to the engineers and then implementing the relevant changes is key to the development. We were lucky in Marrakesh as there was lots of grip which helped but it’s one of the nicest cars I’ve ever driven. The standard of drivers in the ABB Formula E Championship is so impressive and I’d love to be a part of it in the future. Overall it was an amazing experience and I can’t thank Jaguar enough.”

The new series, hosted by Amanda Stretton and Vernon Kay, will be a regular, insightful series fans can look forward to with new guests in each episode across Formula E and the Jaguar I-PACE eTROPHY.