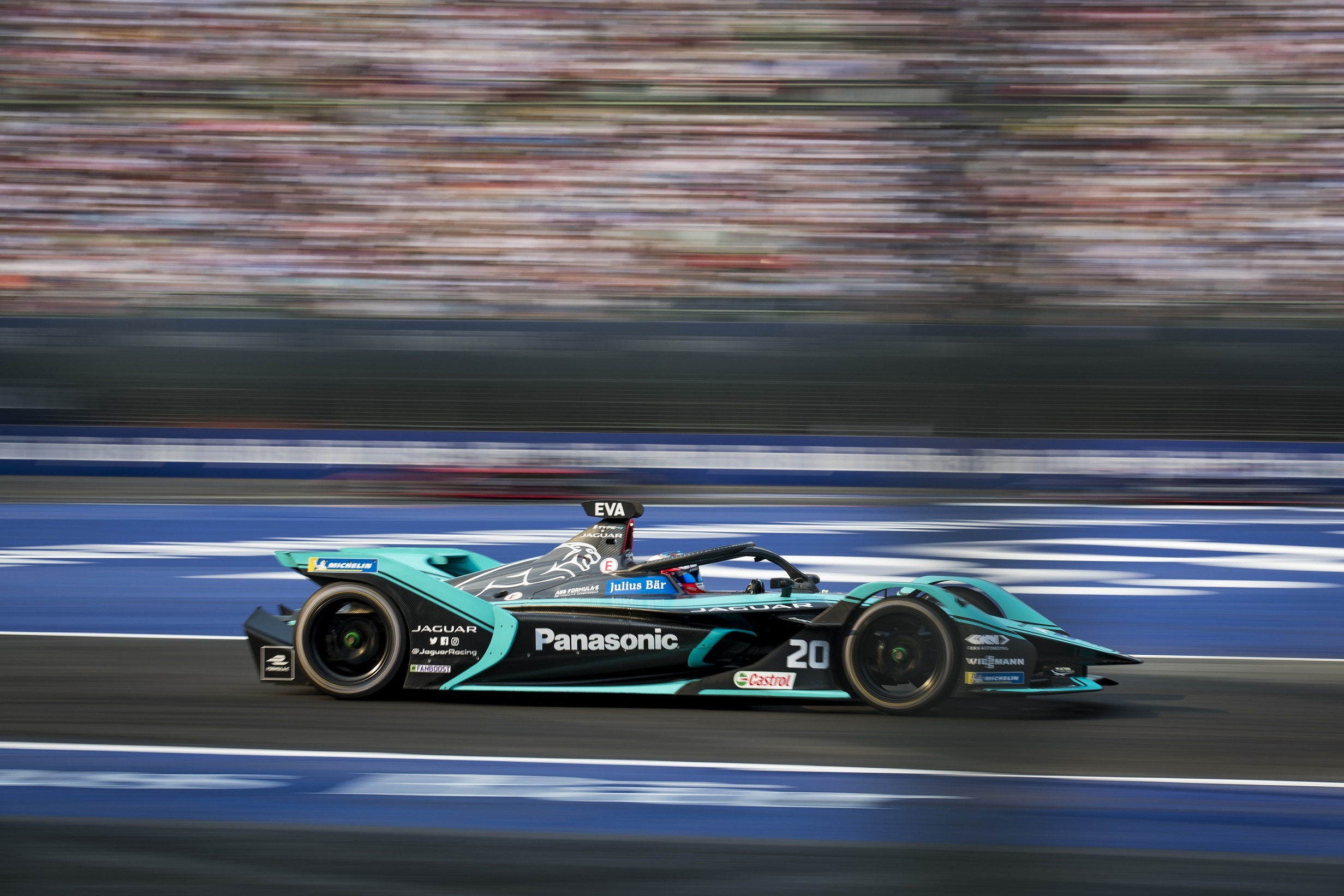 Panasonic jaguar racing head to berlin for a lockdown showdown

Sitting second in the drivers’ championship, Mitch Evans, and teammate James Calado will look to push for more points, podiums and wins during the ABB FIA Formula E Berlin E-Prix with the pacesetting Jaguar I-TYPE 4.

Tom Blomqvist is confirmed as the reserve driver for the remaining six races of the season, replacing Alex Lynn who will drive for Mahindra. The British-Swedish driver previously drove for the Andretti Formula E team in 2018.

“We’re going into the final six races in Berlin in a great position. Whilst it’s going to be an  intense challenge for all of the team to complete six races in nine days we are looking forward to it and feeling positive that we are ready to give it our all to fight for the drivers title with Mitch and achieve our best result to date in the team standings. At Panasonic Jaguar Racing our season six objective was to compete for more points, podiums and wins and so far, we’ve done just that. It’s been a long break in the season, but we are hungry to pick up where we left off and finish the season successfully. The whole team has been working incredibly hard during lockdown to ensure that we maintain our positive momentum. We never underestimate the quality of our competition in Formula E though and the challenge that the team and the drivers will face in Berlin but we are fully prepared and ready to give it our all. It’s ultimately within reach so we will be doing our all to achieve our goals together.”

“This season we’ve tasted success and I am really proud of my performance, particularly in the last three races. We achieved Super Pole and a Podium in Santiago, we won in Mexico City and we made history in Marrakesh by gaining 18 places and finishing P6 after starting from the back of the grid. Being second in the drivers’ championship puts me in a good position heading into Berlin but I know I can’t underestimate the challenge that we have ahead. Our Jaguar I-TYPE 4 is incredibly quick so I’m hoping to show the everyone that we can be in the fight by 13 August.”

“I’m looking forward to getting back into the Jaguar I-TYPE 4 at the Tempelhof circuit. I started in P10 in Marrakesh and felt like I had made some solid progress. I want to give my best performance in Berlin. My role is to support Mitch and the team and secure as many points as possible. I’m sure it will come with its challenges and this break has definitely added the pressure but I’m ready for the lights to go green and finish the season on a high.”

In less than one week, the ABB FIA Formula E Berlin E-Prix will commence, with the first race of six taking place on Wednesday 5 August at 19:00 (CET) ahead of the most intense finale in motorsport history.