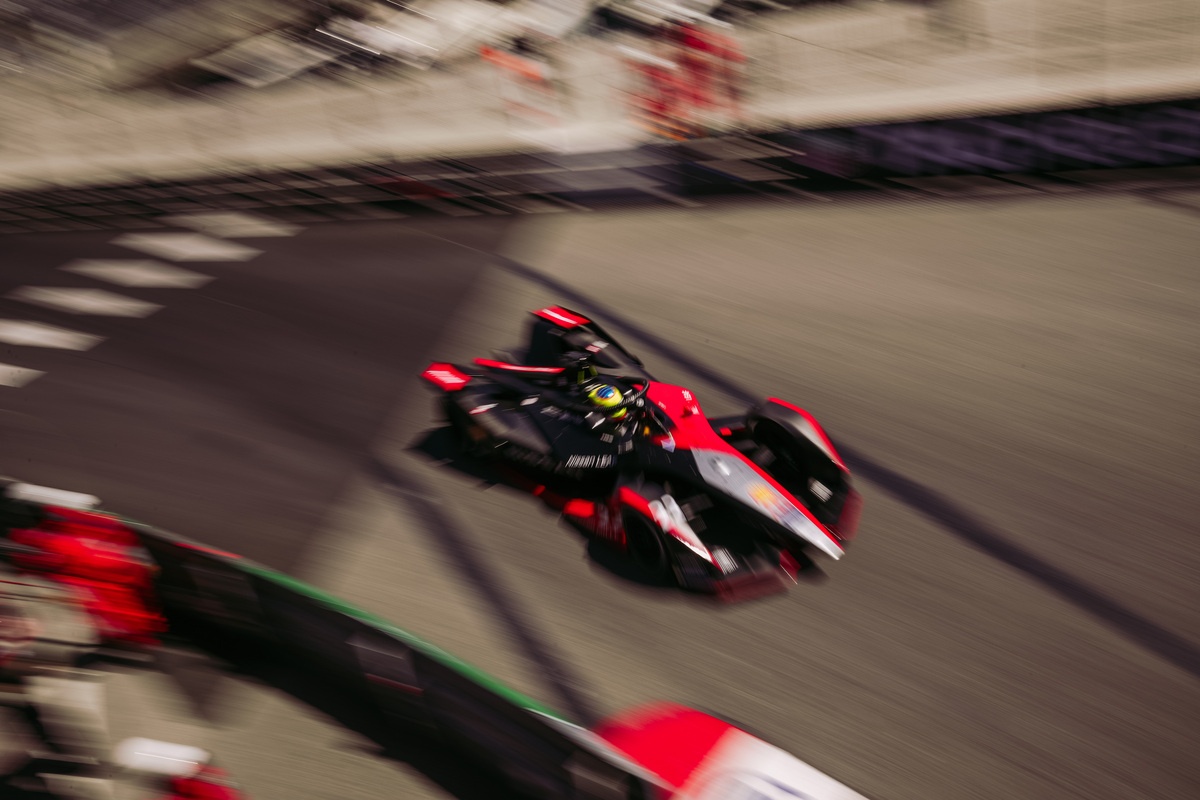 Round seven of the 2020-21 all-electric racing series, the fourth running of a Formula E event here and the first race to take place on the familiar full circuit, brilliantly entertained the socially distanced fans in the grandstands.

Team driver Oliver Rowland showed the improved performance and efficiency of the new Nissan Gen2 Formula E powertrain by putting his race car into the Super Pole qualifying showdown. He would start the race from P6. His teammate Sebastien Buemi had his group qualifying session interrupted by a red flag and would ultimately qualify P13.

In an intense and exciting 45-minute +1 lap race in sunny, high-grip conditions, both Rowland and Buemi battled back and forth for position with the cars around them in what was one of Formula E’s most entertaining races. Rowland eventually crossed the line in P6, with Buemi in P11. The team scored eight championship points.

Nissan races in Formula E to bring the excitement and fun of zero-emission electric vehicles to a global audience. As part of its goal to achieve carbon neutrality across its operations and the life cycle of its products by 2050, Nissan intends to electrify all-new Nissan vehicle offerings by the early 2030s in key markets. Nissan aims to bring its expertise in transferring knowledge and technology between the racetrack and road for better electric vehicles for customers.

“We were expecting a little bit more from the Monaco race,” said Tommaso Volpe, Nissan’s global motorsports director. “However, Oliver scored some good points for the team and we improved our position in the teams championship, which is very positive. Unfortunately Seb finished out of the points. We now have five weeks until the next race to come up with a solid plan for the second half of the season, and we are already looking forward to going racing in Mexico again.”

Racing for the first time with Nissan e.dams and used in the new Nissan Gen2 powertrain was partner Shell’s bespoke all-electric race car E-Fluid. The Shell E-Fluid is tested and refined in collaboration with Nissan’s powertrain R&D team to analyze and showcase the benefits that specifically designed EV transmission fluids can have within a Formula E powertrain, to deliver maximum performance and efficiency.

In the days leading up to the race, Nissan displayed its all-electric road cars to the public at the EVER Monaco sustainable mobility event. On show were several models of the pioneering Nissan LEAF, as well as the all-new Nissan Ariya crossover.

“Great to race here at one of the world’s most iconic street circuits, but definitely not where we want to be in terms of points scored,” said Olivier Driot, co-team principal of Nissan e.dams. “We will now refocus and double our efforts in the weeks before heading to the new track in Puebla, Mexico.”

The championship heads to Mexico next for rounds eight and nine on June 19 and 20.