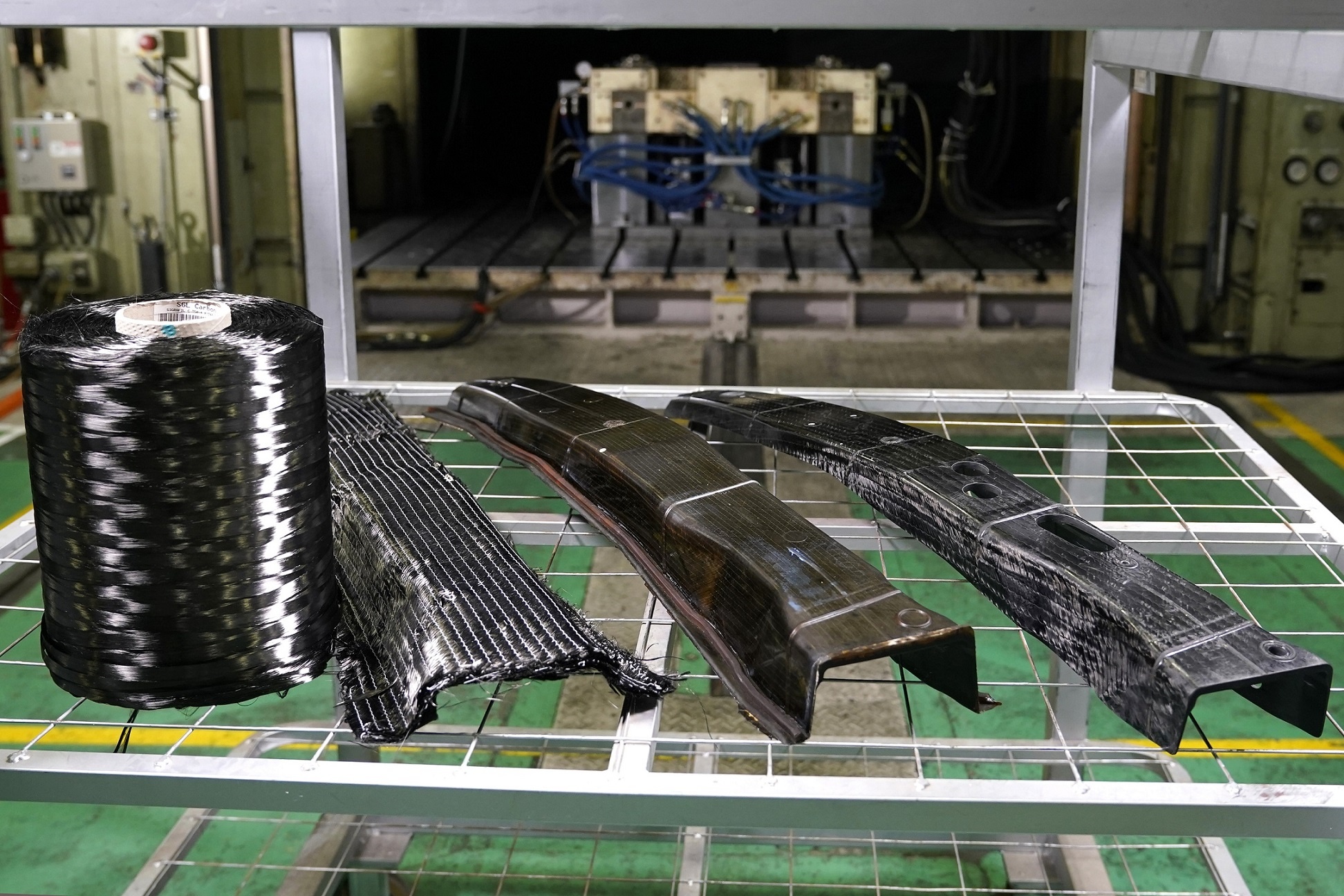 A material used in airplanes, rockets and sports cars may find its way into more mass-market cars thanks to a new production process developed by Nissan.

The new process speeds up the development of car parts made from carbon fiber reinforced plastics, or CFRP. Lightweight yet extremely strong, the material can be used to make cars that are safer and more fuel efficient. It can also lower a car’s center of gravity when applied to upper body parts, making it more agile and exciting to drive.

Nissan aims to use the new process to mass-produce CFRP parts and introduce them in more cars for customers. The innovation can cut the lead time to develop such components by as much as half, and cycle time for molding by about 80%, compared with conventional methods.

While the benefits of carbon fiber have long been known, it’s expensive compared with other materials such as steel. Along with the difficulty in shaping CFRP parts, this has hampered the mass production of automotive components made from the material.

Nissan found a new approach to the existing production method known as compression resin transfer molding. The existing method involves forming carbon fiber into the right shape and setting it in a die with a slight gap between the upper die and the carbon fibers. Resin is then injected into the fiber and left to harden.

Nissan’s engineers developed techniques to accurately simulate the permeability of the resin in carbon fiber, while visualizing resin flow behavior in a die using an in-die temperature sensor and a transparent die. The result of the successful simulation was a high-quality component with shorter development time.