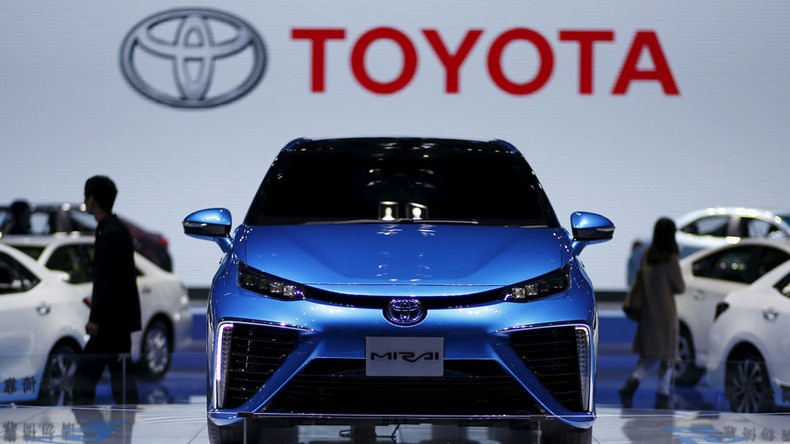 Toyota Says New Mirai Could Use Manure as Fuel

Toyota has debuted a new version of the Mirai that has been redesigned from scratch. The vehicle which made its debut at the recent Tokyo Motor Show is powered by hydrogen fuel cells. According to Toyota’s chief technology officer, Shigeki Terashi, the Mirai could run for a year using the power derived from the manure obtained from a single cow.

This statement highlighted how much more eco friendly a fuel cell electric vehicle (FCEV) could be when compared to a conventional vehicle. According to the Japanese car manufacturer, the show vehicle at the Tokyo Motor Show was quite close to what the production ready Mirai would look like when it is available at the retail level in 2021. It is bigger size than the current version.

The first generation of Toyota’s Mirai had made its debut back in 2014, and over 10,000 units of the Mirai have been sold since.

The new Mirai will have much better fuel mileage with its cruising range increasing by approximately 30 percent. The range would be approximately 400 miles on a single full charge.

Yoshikazu Tanaka, chief engineer of the Mirai project, said in an interview to Japan Times that the company had worked on designing a car with an attractive design that customers could connect to emotionally and would want to drive all the time. The car is also meant to deliver an enjoyable ride with its dynamic and responsive performance.

He said, “We hope that with the new Mirai, we will be a leader in helping to realize a hydrogen energy society.”

Toyota has been looking into the use of cow manure for several years. In 2017, Toyota teamed up with Shell for a project called “Tri-Gen” that involved setting up a power plant in Long Beach, California. The plant used methane gas from the manure of dairy cattle manure to produce water, electricity, and hydrogen.

Craig Scott, Toyota’s director advanced technology vehicles, said at the time that Toyota wanted to demonstrate that fuel cells are one of the most innovative and sustainable technologies for light and heavy-duty vehicle electrification. He said that Tri-Gen further strengthened the combined commitment of both companies to hydrogen as a viable transport fuel.