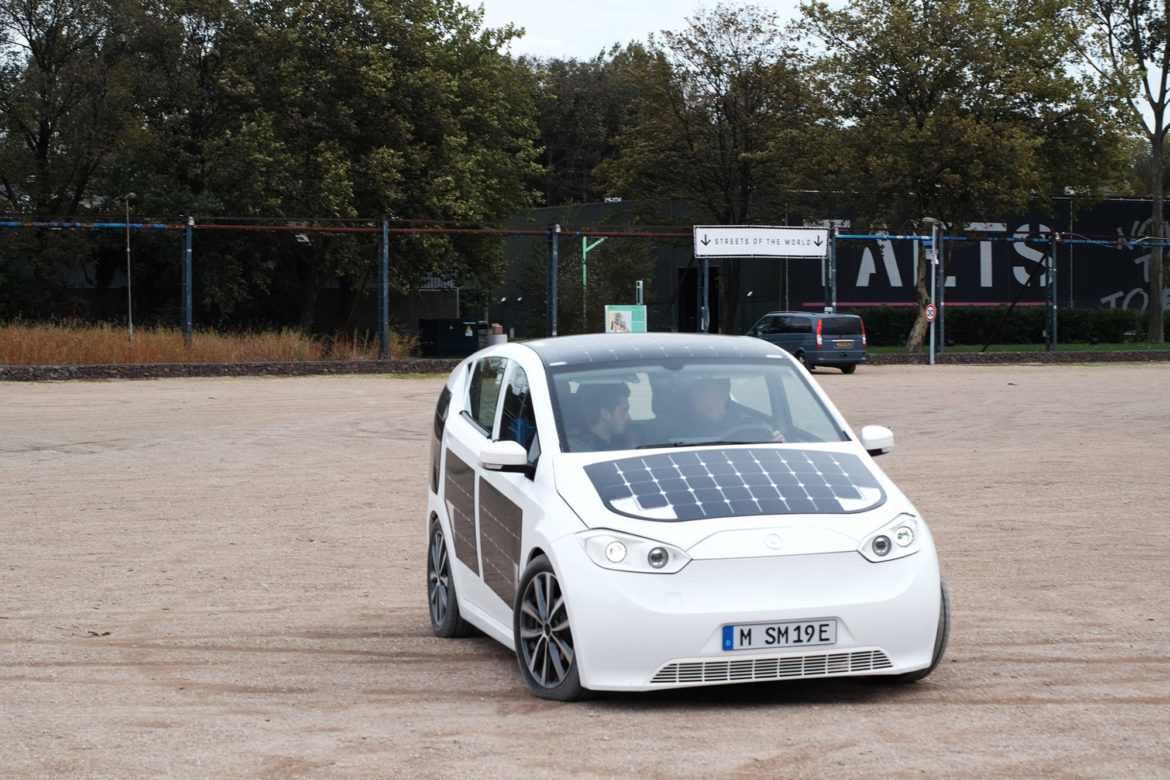 Sono Motors Develops Solar Car that can charge as you drive

Sono Motors, a German startup based in Munich has come developed a vehicle that would be ideal for the hot summers in the UAE. The company’s solar car is in the final stages of testing. The Sion is an all-electric solar vehicle that will get charged as you drive.

Germany has set itself an ambitious target of having at least 1 million electric cars on the road by 2020. The country may miss this target but back in April, the German government had announced that it was ready to extend support to German manufacturers who make batteries for electric vehicles.

Sono Motors was established in 2016 and its Sion is positioned as a fully-electric vehicle that comes with solar cells integrated into its bodywork. Its batteries can be charged through solar power, sourced from conventional power outlets or from other electric cars.

Sono is planning to start production of these vehicles on a commercial scale in the second half of 2019 at one of its German manufacturing facilities. The company has already received orders for 5,000 vehicles. Sono will start delivering these vehicles which will have a price tag of 16,000 euros from next year.

The Sion will be equipped with 330 solar cells which are attached to the vehicle’s roof, bonnet and sides. It will be powered by a battery system having the capacity to offer a range of around 250 kilometers before it needs to be recharged.

In an interview to Reuters, Laurin Hahn, co-founder and chief executive of the startup said that though the Sion is a simple, no frills vehicle, it would have all the features that are seen in most modern cars including airconditioning, seat heater and a large infotainment system which can also be connected to a smartphone.