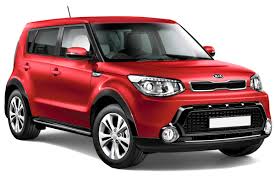 Kia has confirmed that Mojo Mobility and the Hyundai-Kia America Technical Center (HATCI) collaborated successfully over a three year period to develop a wireless charging system for the Kia Soul. Chances are slim, however, that the company would be introducing this on a mass market level. Based on the press release that Kia sent out, the system works by using an electromagnetic field to transfer energy between two coils, of which one which would be on the bottom of the vehicle would act as a receiver and one would be on the ground. All the driver has to do is to park the car over the transmitter on the ground to begin the charging process as part of which energy is sent through inductive coupling to an electrical device in the vehicle which uses the energy thus received to restore charge to the battery of the electric vehicle. The system is highly efficient and even makes allowances for a little misalignment between the transmitter and the receiver, to make life easier for motorists.

Kia says that the system is compact and can charge at up to 10 kW with 85 percent grid-to-vehicle efficiency. Though the company currently has no plans to launch the system in production vehicles, it did not rule out the possibility of using similar systems in future models.

William Freels, President of HATCI President said that the team had attained its goal of developing a wireless charging system that is easy for the consumer to use and has real world applications. The project makes the possibility of unplugged electric vehicles a very real one.

There are some third-party companies which offer wireless charging systems as aftermarket solutions, but this is the first time that a leading automotive manufacturer has explored the possibility with a great deal of success. GM had announced in 2016 that it would be teaming up with Noston based WiTricity to develop wireless charging technology.