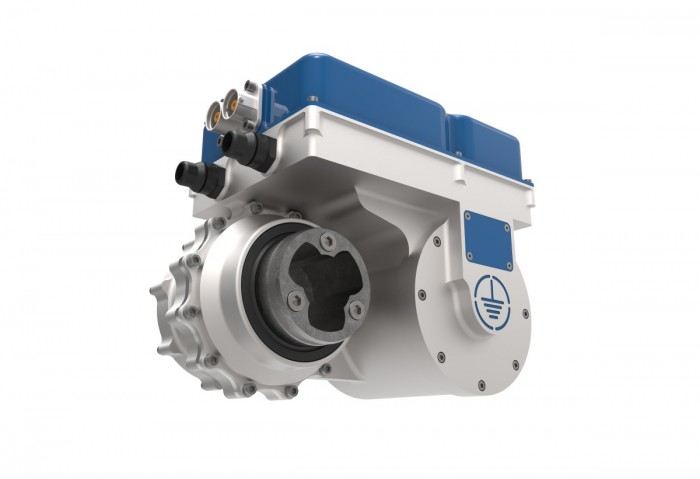 Equipmake Develops Most Power-dense EV Motor in the World

One factor that affects the viability of electric vehicles is the weight and space of the motors that they need. British company Equipmake has developed what it says is the most power-dense electric vehicle motor in the world. The company’s new Ampere motor-generator is very light and compact leading to the delivery of more power and less unwanted heat. Its components have lower weight, lower inertia and less mass. The superior liquid cooling also significantly contributes to a power-to-weight ratio that is over four times more than current EV motors.

Equipmake made the Ampere motor using the additive manufacturing technology with metal powder rather than plastic. Instead of starting with a chunk of material from which the material is gradually machined off, the parts are made by adding only the material that is needed.

Conventional EV motors are low-speed and deliver high torque from standstill. One challenge with small high-speed motors which use high revs to deliver more power is quick buildup of heat and removing this heat can become a problem.

Specialist additive manufacturing techniques used by specialist firm Hieta made it possible for Equipmake to design the smaller, thin-walled heat exchangers used inside the Ampere. These heat exchangers have a greater surface area through which heat is conducted to the liquid coolant, thus minimizing heat buildup. Only one piece that is far lighter replaces multiple components of the motor that are conventionally conjoined leading to lower weight and thus lower intertia. This allows much higher revs.

In the case of the Ampere, it is designed as an internal permanent magnet spoke motor, meaning that the magnets used in the motor are embedded into the rotor like the spokes of a wheel. The conventional approach is to laminate magnets to the rotor and prevent them from flying off by using a retaining sleeve, but the retaining sleeve also adds to the weight. The use of the spoke design in the Ampere motor maximizes the effect of the magnetic flux and makes it possible for the coolant to get closer to the magnets than is possible in conventional motors. Magnets are more powerful when they are cooler and hence greater access to the coolant translates into less use of expensive magnetic material and higher efficiency.

The techniques used as part of the new additive manufacturing process have taken Equipmake’s spoke motor design to the next level, lending the Ampere its impressive power-to-weight ratio of 295bhp at 30,000rpm from just 10 kg. Equipmake says that the Ampere is the most power-dense motor in the world.

The Ampere motor is one that is still very much in the development stage and it can be a challenge to transfer this technology from the track to the road. Equipmake does have a good record, as it is the company that supplied the high-speed flywheel concept used by Williams in Formula 1. Hence there is quite a good chance that a few years down the line, we might see the Ampere being used in a roadworthy EV.