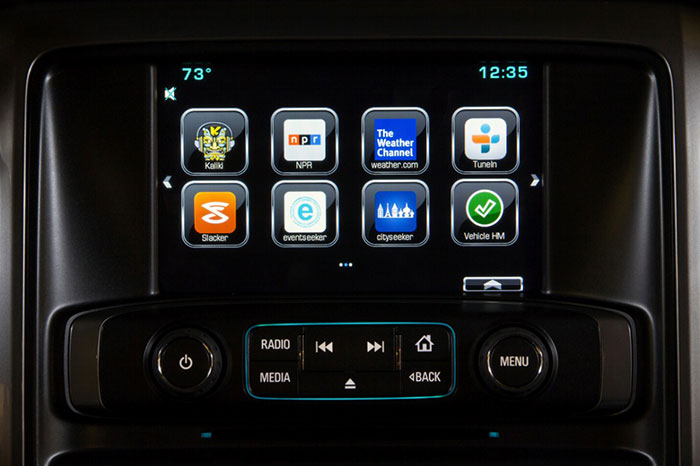 Connecting Cars to the World

In a sense, connecting cars to the internet is as much about inevitability as it is about innovation. In the age of the Internet of Things, the world’s largest and leading automakers such as BMW, Audi, General Motors, Tesla, and Ford are set to let in-car networking hit the open road for flagship models including the BMW xDrive series, the Ford Fusion, Mustang and other F-series trucks. Device-based internet connectivity—where a car uses your smartphone to connect to several internet functions—has been a standard feature on several cars, but the idea of giving a car full internet access and turning it into a Wi-Fi hotspot puts a whole new spin on connectivity on the move.

Dashboard to the World

Reinventing the function of the dashboard is quite a feat, one that has traditionally involved increasing the volume and sophistication of the data being supplied to the driver. Bringing the internet to your car involves integrating wireless 3G or 4G networking capabilities into the vehicle, allowing it to function as a hotspot on wheels. BMW ConnectedDrive allows a driver and passengers an unfiltered, unrestricted access to the world wide web through an on-board computer, allowing you to access social media, shop online, and view on-demand audio, video, and multimedia content. The system is available on the Ford’s trademarked Sync and MyFord Touch in-car connectivity suite include a Wi-Fi signal receiver that delivers web content through the custom MyFord Touch browser on an 8-inch screen found on several 2016 models including the 2016 F-350, the Expedition, and the Mustang. The American automaker has also enabled the use of the system’s USB capabilities to deliver wireless internet to a passenger’s smartphone. Current SIM cards installed on BMW cars such as the xDrive 50i and all models produced since 2014, sync with Google Street View and Google Maps, enabling satellite navigation through these apps. BMW systems include voice-enabled computing that reads out emails and messages on demand as well as complete synchronization of calendar and contact details from a Blackberry Smartphone. Chevrolet’s onboard internet system through AT&T’s AudioVox and Mobely systems was launched with a fixed menu of apps with the promise of more to come. These apps included weather services, information, and vehicle diagnostics systems.

Connected Cars as a Revenue and Safety Boon

As internet service providers and mobile operators seek to tap the vast market for internet access in cars, a part of the attractiveness of such systems is the capability to integrate more safety features that are expected to save millions by preventing accidents by collision avoidance, weather warnings, and alerts about poor driving conditions. The emphasis represents a significant opportunity for automakers such as BMW, Audi, General Motors and Ford to be able to offer enhanced safety to their customers. This also represents a $13-billion revenue opportunity by the year 2020 as more consumers choose to be able to access the internet on the move.