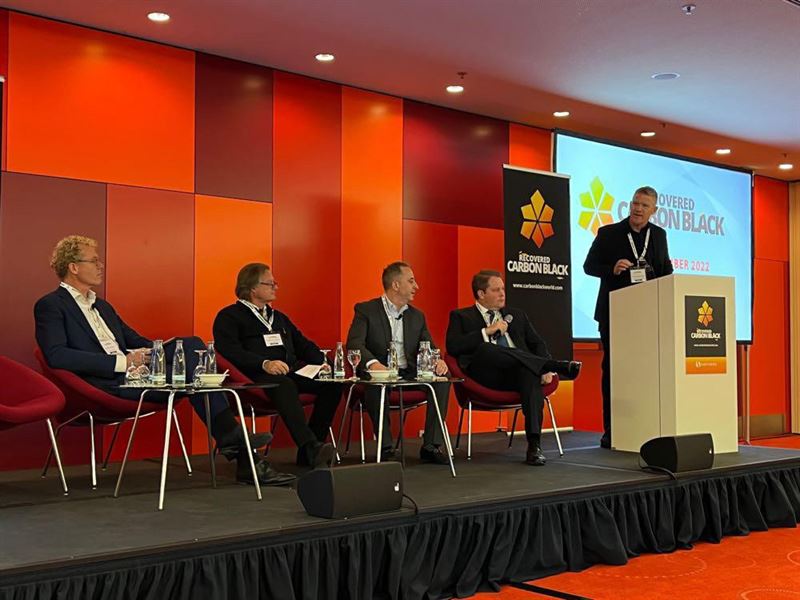 Both Michelin and Bridgestone have set a goal
that by 2050, their tires will consist of 100 percent
sustainable materials. At their appearance in
Berlin, both companies stated that the capacity to
produce recovered carbon black that meets
manufacturer specifications is small compared to
the total carbon black market. They also stated
that the specifications for current recovered
carbon black make its use as a replacement for all
types of virgin carbon black impossible. At the
same time, however, they believed that continued
development of recycling technology could lead to
a drastic increase in demand for recovered carbon black as well as to an annual total market for
recovered carbon black of up to 1 million tons in 2030.
The conference in Berlin devoted a great deal of attention to the issue of how the tire industry
is to achieve increased sustainability; the speakers included Alf Blomqvist, Chairman of the
Board of Enviro. Blomqvist’s speech touched on matters including Enviro’s role in the transition,
and the company’s view of what would be required for the tire industry to achieve increased
circularity.
“The industry is beginning to realize that increased circularity is a must, and that the technology
Enviro has developed will be crucial for the transition. Michelin’s and Bridgestone’s assessment
of future needs for recovered carbon black is clear evidence of this,” Alf Blomqvist said.