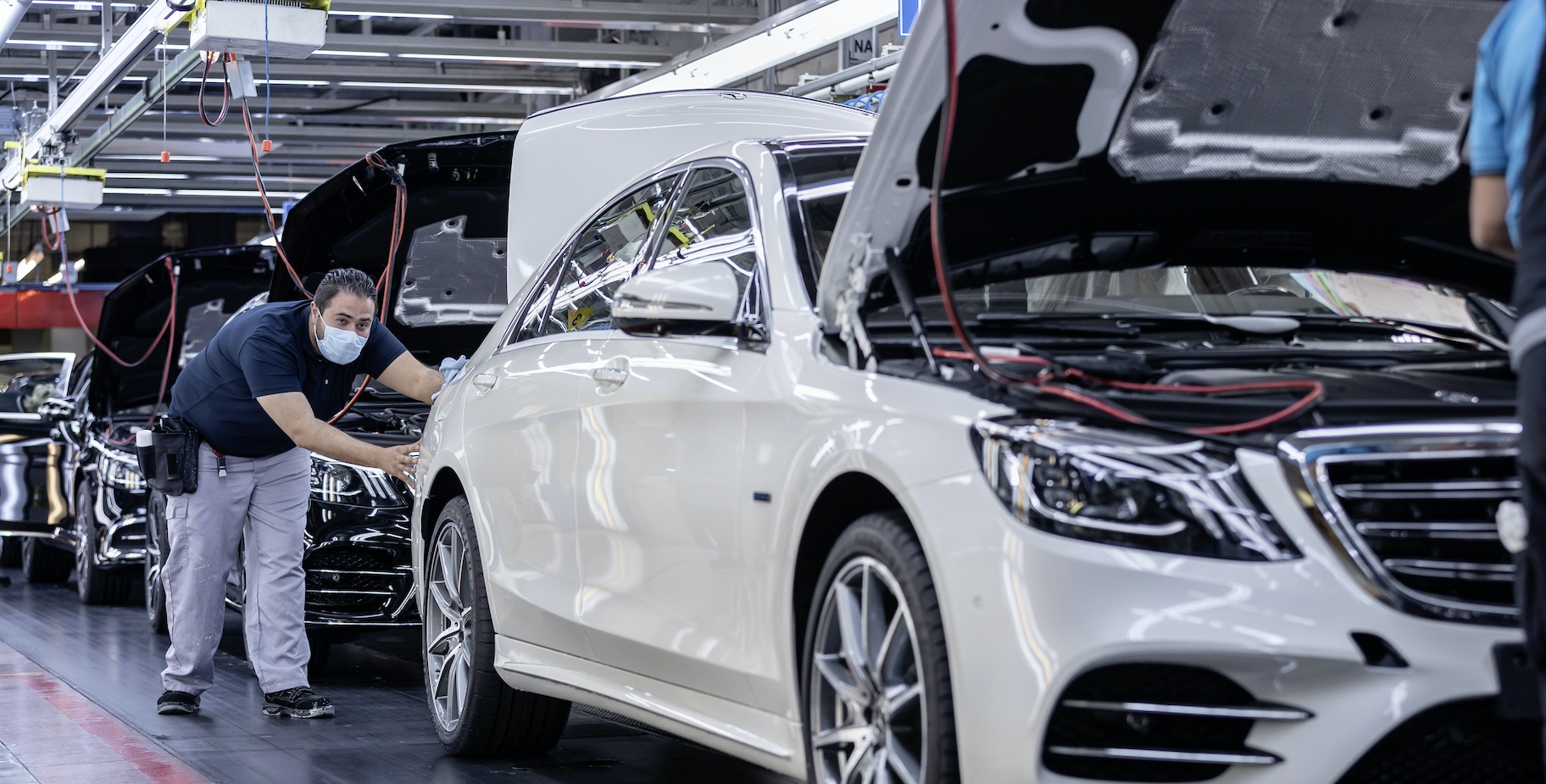 Jörg Burzer, Member of the Board of Management of Mercedes-Benz AG, Production and Supply Chain Management: “Together with the whole team, I am glad that we are gradually restarting our production in a coordinated manner. Flexibility is what counts here: our plants’ flexibility is one of our strategic focuses in production and that has helped us in this ramp-up. Our first priority is to further contain the spread of the COVID-19 pandemic and to provide a safe working environment for our employees, suppliers and service providers. We are producing in compliance with extensive safety measures and we will be increasing our production step by step.”

Mercedes-Benz Cars Operations (MO) is responsible for passenger car production at over 30 locations around the world as part of a flexible and efficient production network. After a country-specific period of work suspension, all Mercedes-Benz AG car plants worldwide will be restarting from June. Production in China has been gradually resumed since the 10th of February, 2020. In parallel to the restart of the German Mercedes-Benz production locations, all other international locations have resumed operations since the middle of April. These include the plants in Sebes / Cugir (Romania) that manufacture transmissions for Mercedes-Benz vehicles and the Mercedes-Benz passenger car assembly plants in Kecskemét (Hungary), an important part of the global compact car production network, in Tuscaloosa (USA), the longstanding location for SUV production, and in East London (South Africa), a part of the global production network for the C-Class, which have all restarted production. The Hambach (France) plant, which produces the electric smart EQ models, has also been gradually ramping up operations since June 2nd.

To protect its employees, the company has taken precautions to prevent infection and has agreed on a comprehensive set of measures with the General Works Council, which were introduced in the plants. These include hygiene and cleaning standards, as well as regulations for maintaining a distance of at least 1.5 metres and for the use of masks covering mouth and nose in production.

Because of the COVID-19 pandemic, Daimler decided to suspend most of its production as well as work in selected administrative areas in Europe for an initial two-week period (23rd of March to the 5th of April, 2020). This was followed by short-time work in Germany starting April 6. The situation within the company remains varied. Short-time work is being continued in certain areas. The short-time work affects the Group’s car, van and commercial vehicle plants in Germany. Necessary basic functions as well as future planning and strategic projects were excluded from short-time work so that work can quickly resume after the crisis. Country-specific arrangements apply for the international locations. In this respect the company is following the recommendations of international, national and local authorities. Daimler’s management is monitoring the situation constantly and will take further measures as required.