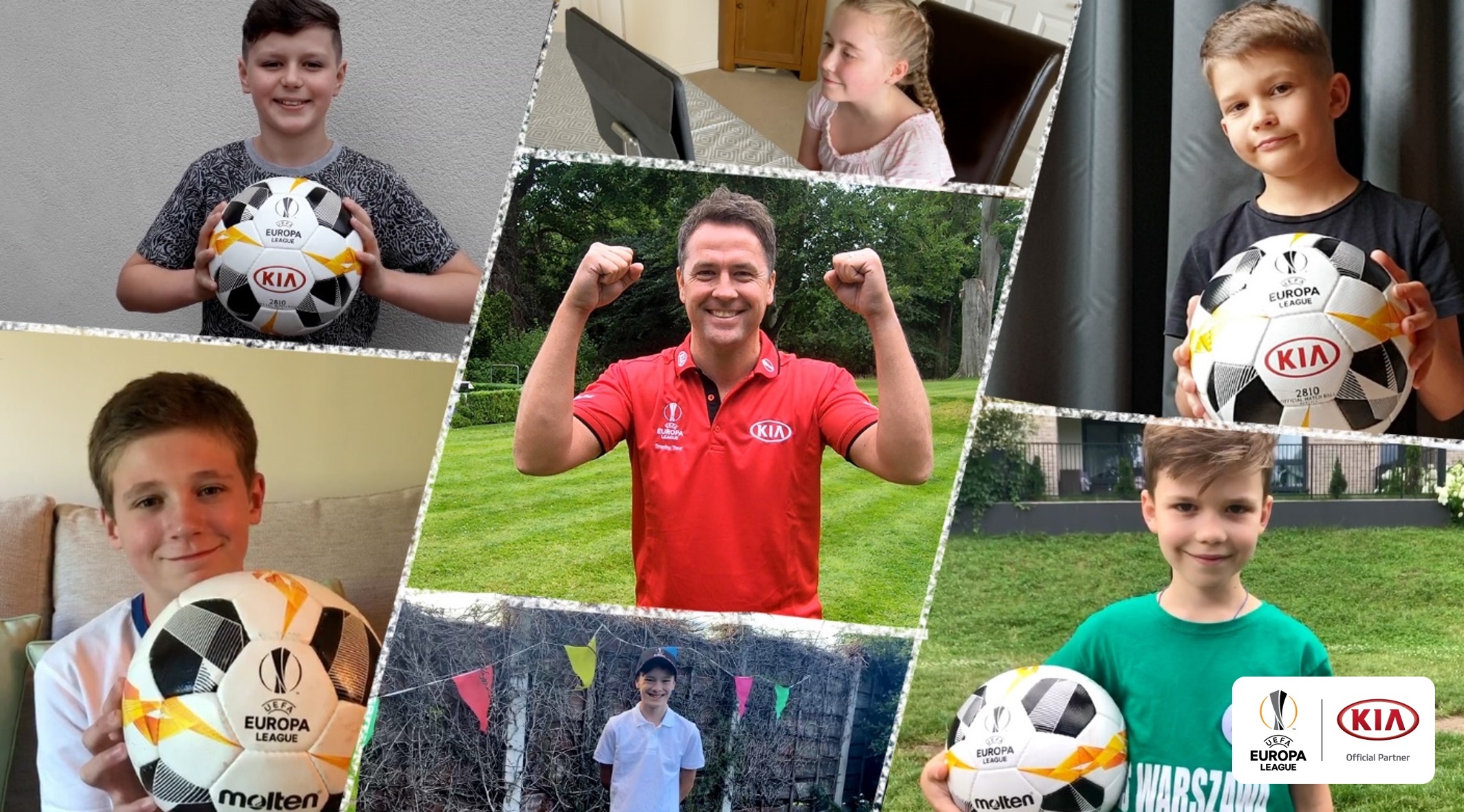 Kia Motors Corporation and UEFA have announced that the ‘UEFA Europa League Trophy Tour Driven by Kia’ has successfully completed its second year. The tour amassed more than 2,000 pairs of football boots over both seasons for donation to youths living in the Za’atari refugee camp in Jordan.

As with the first season of the Tour, visits to local schools, grassroots football clubs and famous urban landmarks in various cities across Europe were initially organised as part of the whistle-stop campaign. Former professional footballers — Thomas Berthold, Eric Abidal, Francesco Totti, Rafael Van der Vaart, Patrice Evra and Jerzy Dudek — were appointed as Tour Ambassadors to share their experience and expertise with their local communities, in addition to raising awareness of the challenges young Syrian refugees face.

The retired footballers represented one of the six European cities comprising the Tour: Frankfurt, Barcelona, Rome, Amsterdam, Manchester and Warsaw. Former England footballer, Michael Owen, was also named as the global ambassador of the 2020 UEFA Europa League Trophy Tour. The 2001 Ballon d’Or winner encouraged fans to donate their boots and visit the trophy at each tour stop.

Following two successful stops in Frankfurt and Barcelona, however, the Tour came to a halt due to the COVID-19 pandemic. Kia and UEFA then made the decision to host online football classes to continue and fulfil the campaign’s aim of collecting and donating football boots to Syrian refugees.

Michael Owen, global ambassador, 2020 UEFA Europa League Trophy Tour, said: “I am delighted to have seen so many people get involved in this year’s UEFA Europa League Trophy Tour Driven by Kia. It’s amazing to see what we can achieve when coming together for a common goal. When I was young, I used to dream that one day I would play football for my country. I cannot wait to see how much of a difference the donated football boots make to the children of Za’atari.”

Mr. Yaser Shabsogh, Chief Operating Officer, Regional HQs, Middle East & Africa, said, “This has been an incredibly challenging year for young and vulnerable people all over the world. As we all know, football is regarded as the beautiful game; and it is in times like these — in the wake of COVID-19 — that we are reminded of the beauty of the sport. Its ability to bring people together is astounding. The game entertains, enlivens and motivates. It inspires us not only to dream, but to realise our dreams. The UEFA Europa League Trophy Tour Driven by Kia emphasises that, giving young Syrian refugees the hope and boost they need to live life to the fullest.”

In partnership with the UEFA Foundation for Children, Kia Motors and UEFA are currently organising the handover of the donated boots to the children at the Za’atari refugee camp in the coming months, along with a personal message from Michael Owen.