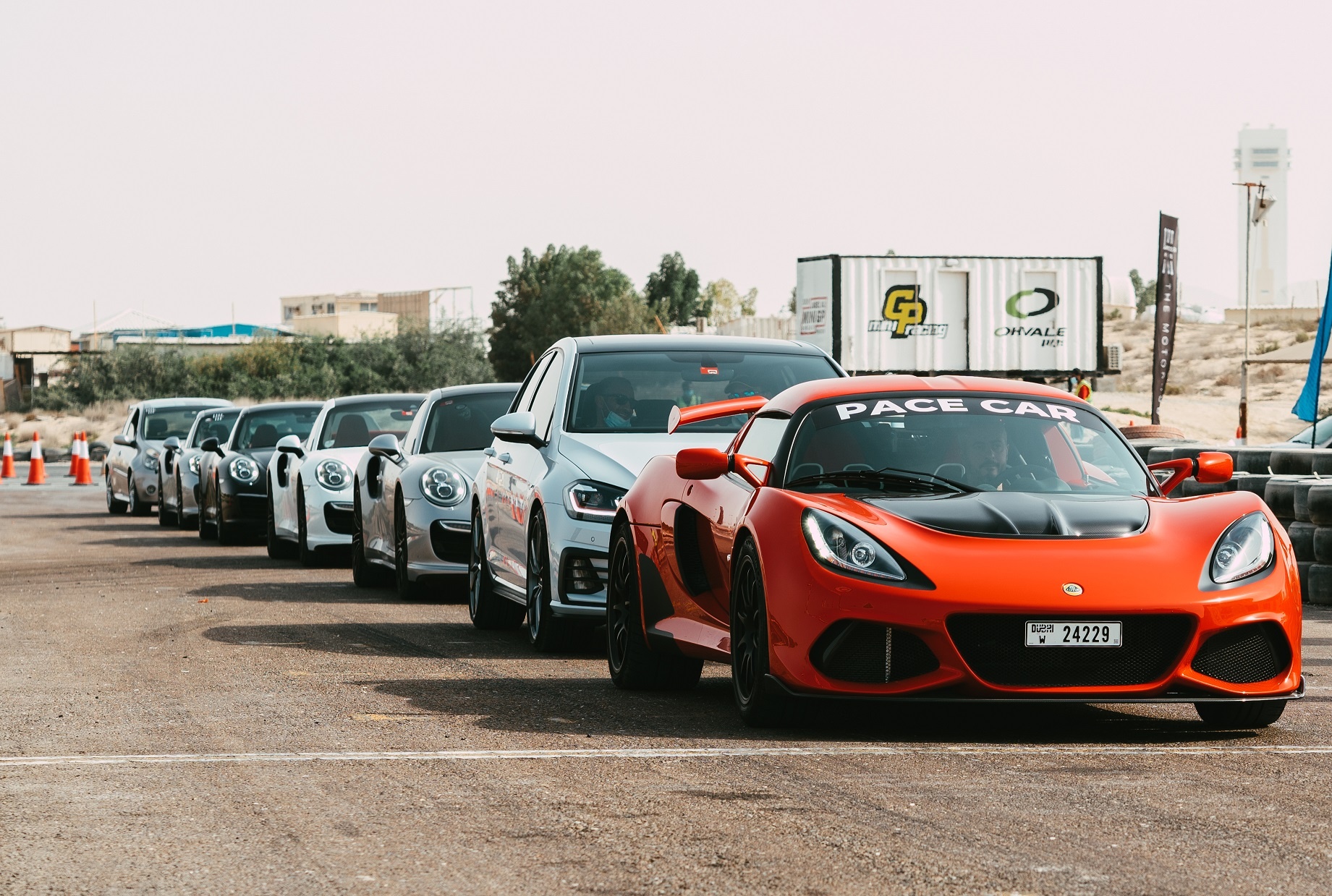 The second round of the UAE’s Car Club Autocross Championship Series took place on Friday March 12, with Johnny Khazzoum edging a thrilling victory over Round 1-winner Ibrahim Abouelgheit by a fraction of a second at the Jebel Ali circuit in Dubai.

Round 2 of the series, which Saxo Bank is a Title Partner of, saw a stunning variety of 27 supercar & sportcar owners and motor racing enthusiasts from across the GCC battle it out over three heats in four different categories – All Wheel Drive (AWD), Rear Wheel Drive (RWD), Front Wheel Drive (FWD), and Electric Vehicles (EV).

Khazzoum – competing in the Rear Wheel Drive Category – posted a lap time of 0:02:13.218 in the race in his Porsche GT3 RS, just .162 of a second faster than Abouelgheit, who had claimed the honours in the season opener in his Porsche 911 Turbo S, to set the races’ overall best lap time earning him the coveted ‘Saxo Bank Fastest Lap’ trophy for Round 2, as well as first place podium in the Rear Wheel Category.

Abouelgheit still retained the All Wheel Drive Category’s first place podium, while other experienced racers such as Chehade El Kahi claimed the second place with his Porsche GT3 RS, ahead of Samer Abdel Malak in the Mercedes AMG A45 S – both in the Rear Wheel Drive Category. While Michael Geldart retains his position as first place in the Electric Vehicle Category in both Rounds in the Tesla Model 3 – achieving an lap time equal to the Porsche Gt3 RS.

Race winner Khazzoum said: ‘’The MotorHub Saxo Bank Autox was a fantastic racing experience, and very well organized. The track layout was extremely challenging – a testing 2km for the car and driver. Everyone upped their game and it was a tough competition against such a strong field of fast and super skilled drivers. I was extremely happy with my own performance over the three heats, and winning the Saxo Bank fastest overall lap was the icing on the cake. Bring on round three!”

Round 3 of the four-round Race-Certified Championship series, regulated by the Emirates Motorsport Club (EMC), takes place on April 10 at Dubai Autodrome. The driver with the most points at the end of the four rounds will be declared the UAE Champion.

The Championship is being held with strict adherence to public health and safety measures as mandated under the ‘Return to Racing Health & Safety Guidelines’ of the Emirates Motorsport Organisation (EMSO) – the UAE’s Motorsport regulatory body.