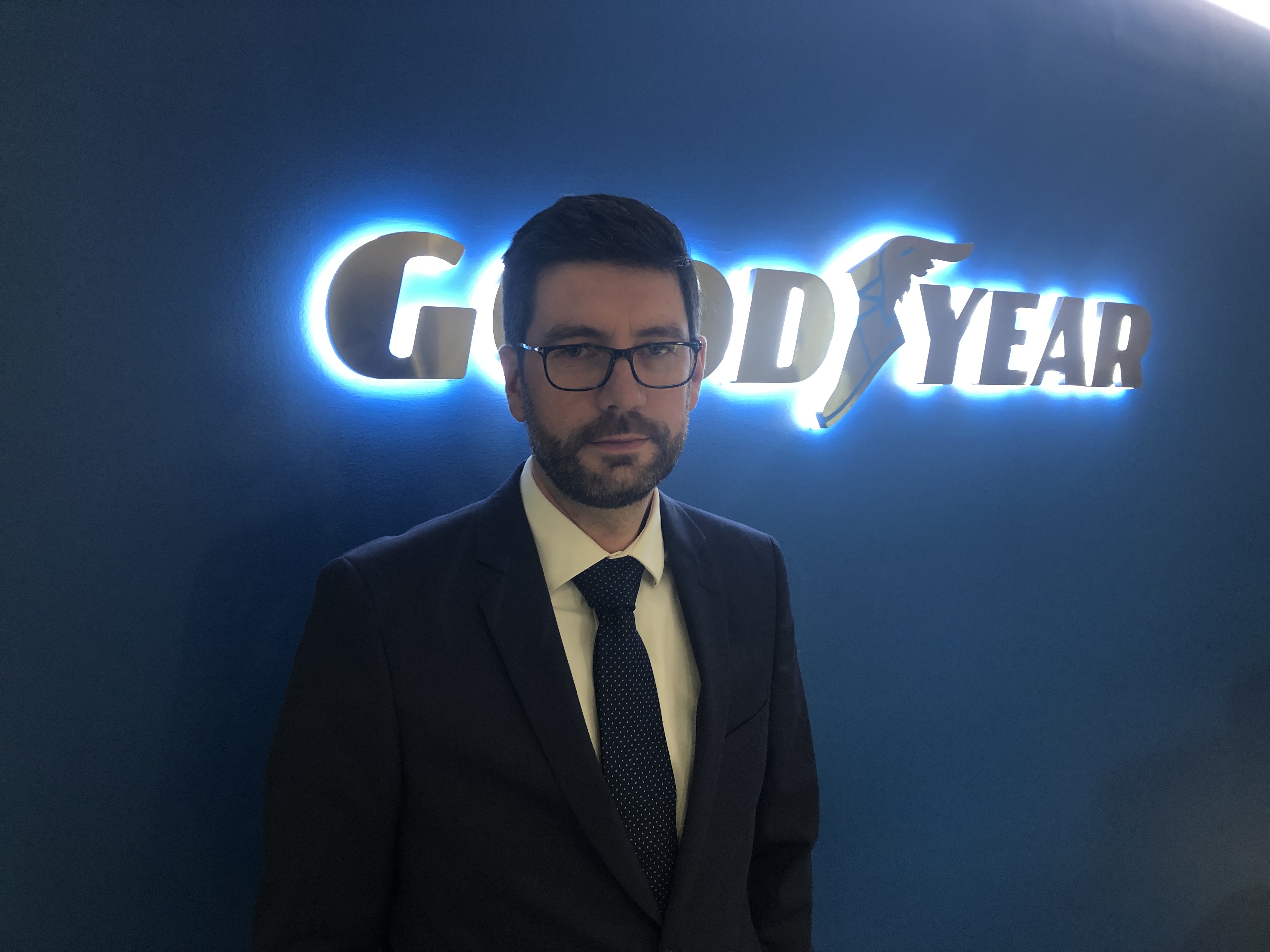 Goodyear has a truly proud history in motorsport that goes back many decades and championships. The renowned tire manufacturer had a key role to play in four land speed records, 14 Le Mans victories and an unbeaten record of 368 Formula One grand Prix wins before the company withdrew from Formula One racing.

In what is being termed as the company’s return to the world of motorsport, Goodyear has become the official tire supplier for the LMP2 category in the FIA World Endurance Championship. The tire manufacturer got a chance to put its newly developed range of tires to the test on the track during the fourth round of the 2019/20 FIA World Endurance Championship (WEC) that was recently held in Bahrain. The two-day event was held at the Bahrain International Circuit in Sakhir, with the qualifying race being held on December 13, 2019, followed by the 8-hour endurance race on December 14.

On the sidelines of the event, we got a chance to chat with Luka Steger, Consumer PBU, Goodyear Middle East and Africa.

Goodyear had taken a break from racing for many years. What motivated the decision to return to racing?

The idea that Goodyear had taken a break from motorsports is a wrong one. The company did leave F1 racing after gaining due recognition as successful tire manufacturer of all time, but Goodyear used the break to focus on NASCAR. The 2019 decision to support the World Endurance Championship marked Goodyear’s return to racing at the global level and aligns well with the company’s current focus on the ultra high performance, track and supercar segment with the 2019 launch of the Eagle F1 SuperSport range. The Eagle F1 SuperSport range shares technology with our latest Le Mans and World Endurance tires.

How is technology that is developed for the racetrack leveraged for use in road tires?

The very same team that developed the Goodyear race tracks developed the compounds used in the Goodyear Eagle F1 SuperSport R and RS tires. Materials used in the tires like the high performance resin are identical for both the road and the race tires. The tire development team uses participation in motorsports as a test bed to learn a lot about material development and performance and effectively used this knowledge for the development of better road tires.

Is Goodyear disappointed that it has not been selected as the supplier for the hypercar class?
In the WEC, the LMP2 category is one of the most competitive and closely fought categories. The same category is considered to be the top class in ELMS, which is the world’s leading continental endurance racing series. As an outcome of this agreement, Goodyear now has a presence in two of the strongest endurance racing series in the world. So, this is definitely a development that is expected to strongly reinforce Goodyear’s brand presence in the racing world. From the beginning of the 20/21 season in September 2020, all the cars in the secondary prototype category will be running on Goodyear tires and that will definitely give Goodyear great visibility.

Does Goodyear’s status as a sole supplier offer less scope for tire development than a scenario where there is open competition?

This is a major commitment for Goodyear. We are currently developing LMP2 tyres in an open competition environment with the goal of providing the best tires for teams that choose Goodyear. As a single tire supplier we will work with all teams and the FIA/ACO to deliver a winning tire package that supports the highly competitive LMP2 class.

What is the duration of the contract?

The contract is a multi-season agreement.

Is there any chance that Goodyear would return to F1 racing?

The market outlook and the automotive industry itself is experiencing change at a fast pace. All our sponsorship decisions are based on the opportunities that are available and the scope they offer for us to engage with our costumers. We will continue to evaluate all the opportunities, both when it comes to WEC and other motorsport championships. Currently, we are focusing on the remainder of the 2019-2020 season. We are also eagerly looking forward to taking on the role of official tire supplier to the LMP2 category of the FIA World Endurance Championship (WEC) and European Le Mans Series (ELMS) from the beginning of the 2020-2021 season.

Has Goodyear ever considered supporting Formula E or any other form of electric racing?

We regularly evaluate all the different technical and marketing opportunities that are available within motorsport as the reach of motorsport is a universal one. Currently, we are focusing on WEC and ELMS. We are working in the development of tires for electric vehicles. At the 2018 Geneva International Motor Show last year, we had launched the EfficientGrip Performance prototype tire with “Electric Drive Technology” for electric vehicles which is meant to reduce tire wear from high torque. We hope to bring this technology to market shortly.

How is the outlook for Goodyear’s participation in motorsport in the years to come?

We enjoyed a historic win on November 10 in Shanghai. We scored our first victory in what is being termed as our comeback at the Shanghai WEC round. The Jota Sport ORECA-Gibson driven by Anthony Davidson, Antonio Felix da Costa and Roberto Gonzalez emerged as the winners in the P2 category. We hope that we can build on this great beginning in the future.
Goodyear is also taking on the role of tire supplier from Dunlop for the British Touring Car Championship for the next season.
Luka said that the company’s sponsorship of the FIA World Endurance Championship this year definitely marked a milestone for the US tire manufacturer. The sponsorship highlights Goodyear’s commitment to the industry and its position as a leading tire manufacturer with over 120 years of innovation in tire design technologies.

Goodyear was the first tire manufacturer to develop intelligent tires, and to use RFID technology in the form of chips that are embedded in the tires. The company was a pioneer in this field. Using a handheld reader, it is now possible to read all the information stored in the chip regarding a tire’s date of manufacture, specifications and even who it was made for. In the UAE, ESMA has made it mandatory for all tires sold in the country to have RFID stickers with fuel efficiency and wet grip ratings to prevent tampering, duplication and resale of used tires.

On the Bahrain International Circuit, Goodyear had a chance to demonstrate its latest tire technologies to leading racing enthusiasts and industry professionals.

The World Endurance Championship comprises nine races of different lengths that will be held on four continents, and will conclude with the race at Le Mans in June 2020. The Championship will serve as a strong platform for Goodyear to showcase its latest range of ultra-high-performance tires on a diverse range of different prototype and GT cars, circuits and weather conditions. Goodyear has already been
developing a new range of tires for Le Mans Prototypes for over a year at its innovation centers in Hanau (Germany) and Colmar-Berg (Luxembourg) prior to exploring other racing opportunities for the brand.

After returning to motorsport at the global level this year, Goodyear has continually highlighted its expertise in developing endurance-race tires for one of the most demanding racing championships in the world, thus reinforcing its position as a leader in tire technology and innovation, both on and off the race track.