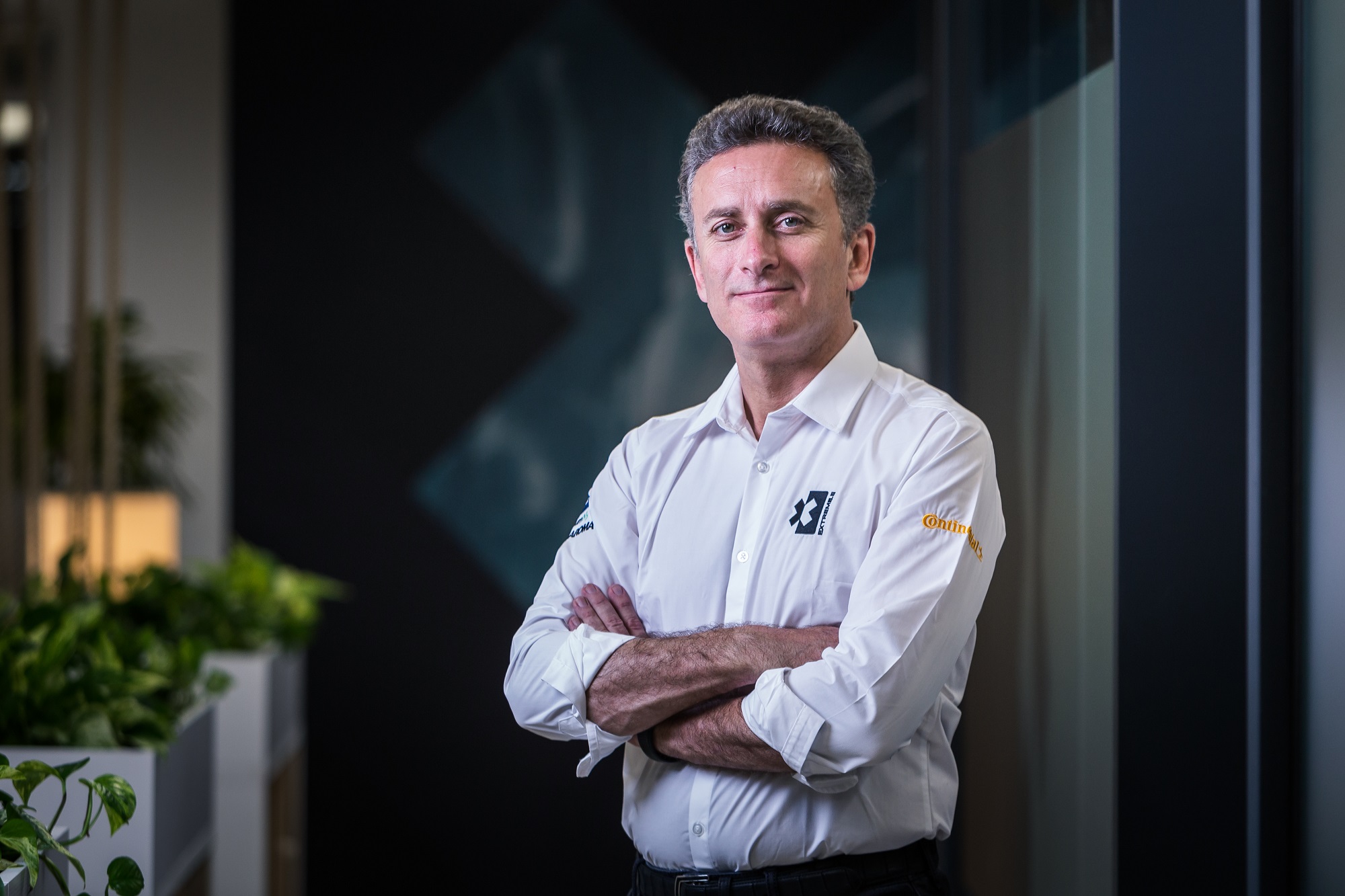 You are the founder and CEO of the new “Extreme E” racing series. You want to use motorsport to draw the attention of people and governments around the world to endangered habitats and climate change. How do you plan to do that?

Extreme E has a really ambitious target, which is to raise awareness and to sound the alarm for what’s going on in these locations. We plan to do that by taking an electric car race to the most endangered and damaged corners of the planet, to showcase the harm that is being inflicted in those places that sometimes don’t get any attention. We cannot really be serious about taking measures to fix it unless we realise what’s going on. So the first step is raising awareness and that is what Extreme E wants to do, but not only that Extreme E wants to go beyond and also take action, even if it’s a small action, to show that any activity counts and we will be doing specific things to counteract climate change in every one of those places.

If we ignore social aspirations for a moment, how will the competitions of the new racing series differ from conventional motorsport events?

I think Extreme E will be a race like no other. First of all, men and women are fighting together as teams and we haven’t seen this before in motorsport. It will be a race with incredibly powerful cars with amazing acceleration, very high performance machines which are electric and going off road – another world first – so it’s a format that is going to be very informative, and it’s more of a revolution in the world of off road racing.

The concept stipulates that all teams start with the same vehicles, which have been specially developed for this racing series. Test pilots such as Mikaela Åhlin-Kottulinsky, who is testing for the tire supplier Continental, are very excited. What makes these vehicles so special?

The vehicles are designed for extreme performance, they are incredibly powerful for their weight so if you think of a normal car that fights for the Dakar for example, the weight is over two tonnes and they have maybe 300 horsepower. Here we are talking about almost double that power but less weight at 1.6 tonnes, so you can imagine what kind of acceleration and performance this car can deliver. So, this makes it the perfect machine to showcase electric technology in every kind of environment.

Continental is the exclusive tyre supplier for the entire series. Why is Continental the ideal partner for the “Extreme E” series and how did you convince those responsible?

We love the partnership with Continental, it was right at the beginning it joined us as almost a founding partner. This is because we share the same vision of the world, what’s going on in the planet and trying to go the right way about fighting all the different challenges we have in front of us to support society, which is very important and that’s why we matched so perfectly. Also, Continental has great technology that’s going to allow us to have great tyres for these machines, and tyres are a key part of the whole competition obviously so it’s a perfect partner for us.

In other racing series, the tyres regularly play a key role in the fight for a podium place. How important are the tyres in the “Extreme E” series?

Tyres are always very important in any championship, but even more so for a championship like Extreme E, where we are going to be racing on different surfaces from rocks to sand, to grass to ice and snow. So it’s going to be very challenging for these tyres, so we need a tyre that can cope with everything, that is not going to fail you and is going to allow these machines to show their true performance, and I think that is what we have with Continental.

The starting signal for the first race was scheduled for the beginning of next year. But then the coronavirus spread like wildfire all over the world. How did the pandemic change your plans?

It hasn’t affected too much luckily; it has just slowed us down a little bit. The project continues and everyone is committed, everyone is pushing and of course Covid has been a really big problem and tragedy for many people around the world, and we still need to be very careful but if you think about Extreme E, it has no spectators so it’s almost a Covid resistant projects far, very little are known about the field of drivers. It is worth noting that the names of both men and women are currently in the mix. Can you please tell us something about the planned composition of the teams and perhaps also reveal the names of some drivers?

We will try to keep the teams on-site very small as we want to keep cost control for the championship but also, we want everything to fit on the ship. The teams will have only five members plus two drivers, one man one woman, and those five members will be engineers and mechanics, but that’s the limit for a team.

We are hearing a lot of names of drivers that are associated with the championship, but we have our ambassador Sebastian Ogier and we’ve been talking to many other drivers. I don’t want to say names because that would betray the confidentiality of the conversations, but there are some really big names that could be associated with the championship, I really hope. We think during the fall we will see a lot of announcements of drivers happening and then everyone will race in March.

It is quite unusual that nobody will be able to buy a single entry ticket for the “Extreme E.” Your concept does not cater for spectators at the track. Are you not afraid that the atmosphere so typical of other racing events will be missed and that this will have an adverse effect on the general level of acceptance by the global motorsport fanbase?

This is a different concept, a different type of motorsport, so it has actually been conceived not to have spectators so I don’t think anybody will miss the spectators in this specific kind of sport. There are no crowds in the arctic ice cap, in the rainforest, in the amazon, maybe some locals will show up and watch from the hill or from a tree but that’s it.

The competitive action will be broadcast live on the Saturday and Sunday of each race weekend. The races will be shown both on online channels and on conventional TV, such as Dubai Sports in the Middle East..Fans can also follow all the action on social media.

Extreme E is organized in cooperation with Formula E. The organizer, Formula E Holdings Ltd., expects ten teams in the first year of the series.