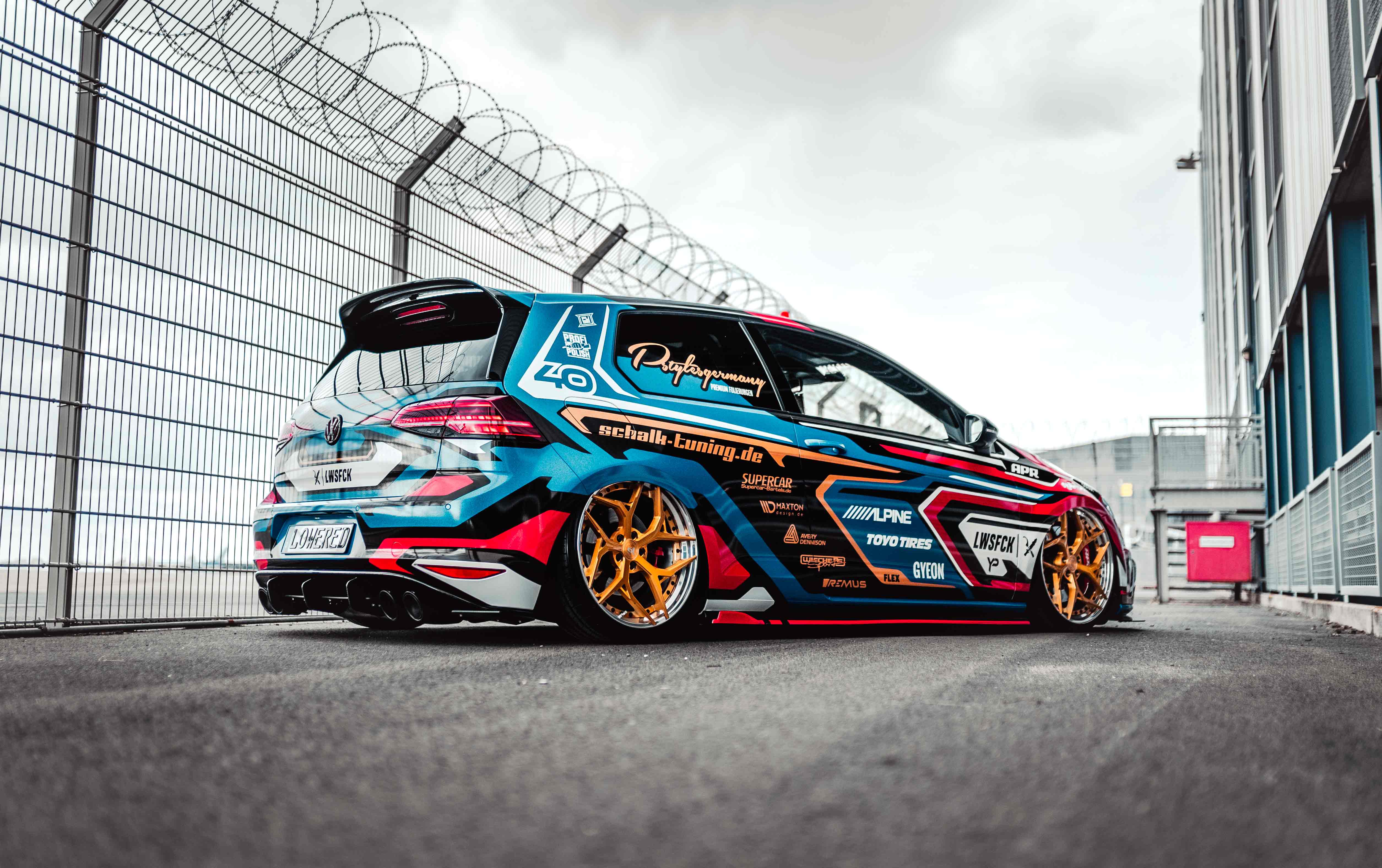 GOLF GTI CLUBSPORT AFTER A “CURE” AT YIDO PERFORMANCE

Characteristic of the VW Golf GTI Clubsport are its aggressive appearance and the sporty interior. It is, therefore, a particularly great honor for the Hanover rim manufacturer and tuner YIDO PERFORMANCE to tailor a completely new look to the Wolfsburg jack-of-all-trades.

Before we take a closer look at the stunning wheels, let’s check out the test subject tuned by YIDO PERFORMANCE. With regards to the car’s body: front bumper and rear window wipers are cleaned and in addition to the fender flares, a body kit was also built. It consists of a front spoiler lip, side skirts and rear diffuser, as well as black-red VW emblems on the front and rear. The engine and gearbox were upgraded with an APR performance increase stage 2+ to 420 PS (= 309 kW) accompanied by 651 Nm, an APR-DSG optimization, an APR carbon intake stage 2, an intercooler, a turbo-inlet and turbo-outlet and a oil-catch-can kit from APR. The 3-inch complete exhaust system with flap control from Remus is combined with a 3.5-inch downpipe including a 200-cell HJS metal catalytic converter. The Leyo engine caps are worth of mentioning as well.

But now lets focus on the fantastic and sophisticated rims made of multi-piece, forged 7.2-YIDO PERFORMANCE in 9×20 ET45 with a gold-brushed star and polished rim well. An APR 6-piston performance brake system was installed, too. A shortened air suspension (version 2 by KW incl. camber strut bearing by null-bar) is controlled by an Accuair E-Level air management. A touchpad of the same origin is attached to the center console with a custom-made, CNC milled bracket. The air in the suspension is generated by two compressors, the air tank is painted and foiled in the vehicle’s color. A carbon dome strut from Wiechers sure catches the eye in the engine compartment.