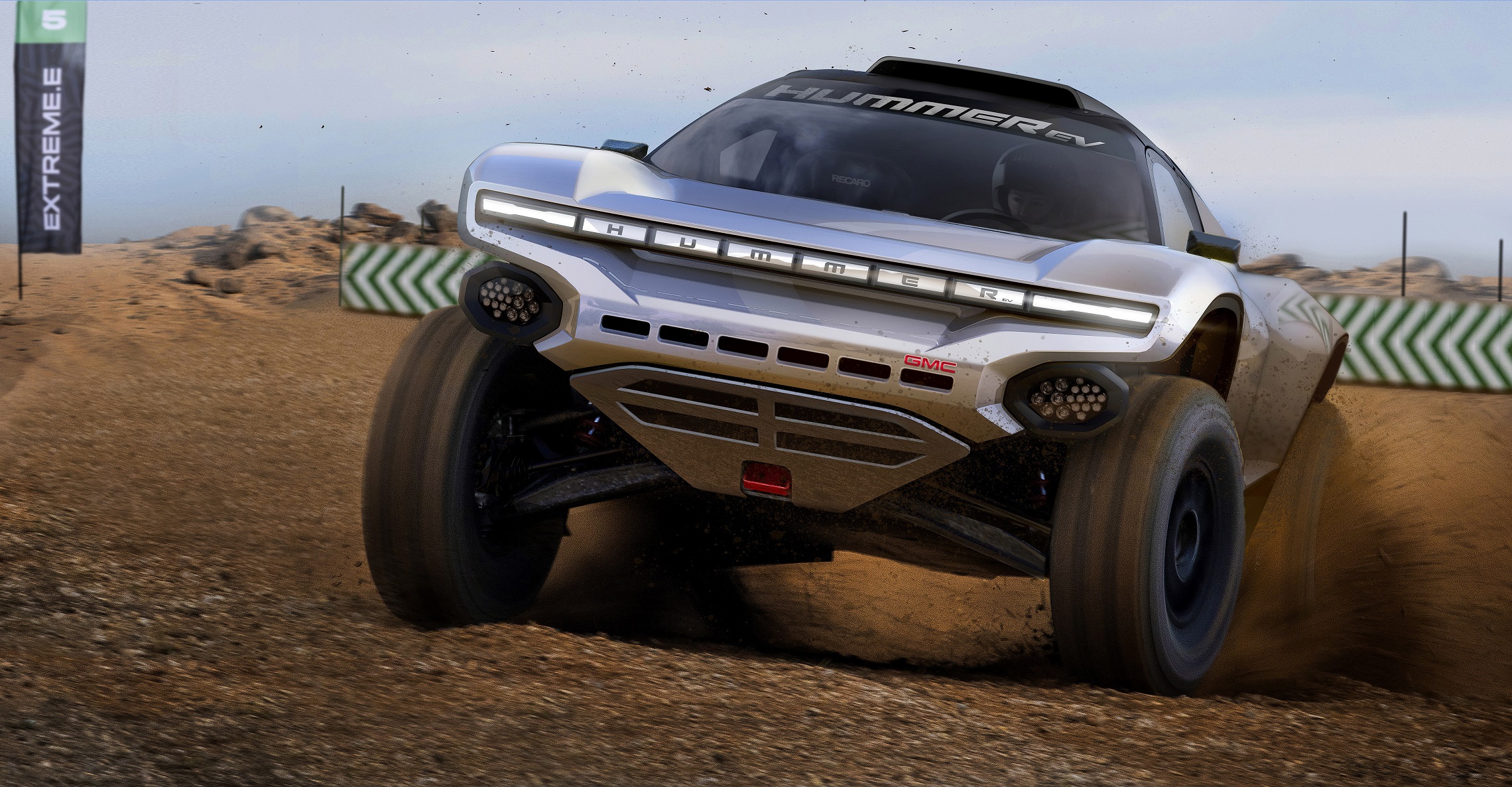 GMC announced a new multiyear sponsorship with Chip Ganassi Racing (CGR) for the team’s first electric racing venture in the inaugural Extreme E season in 2021, which is set to launch next April in AlUla, the Medina Region in north-western Saudi Arabia. CGR’s 550-horsepower electric SUV, which features a unique grille, graphics and bodywork, was inspired by the GMC HUMMER EV, the world’s first all-electric supertruck.

Commenting on this sponsorship, Luay Al Shurafa, President and Managing Director, General Motors, Africa and Middle East said: “Ever since we’ve started talking about the GMC Hummer EV, we’ve seen a tremendous level of anticipation and excitement in the Middle East region, which only increased when the GMC Hummer EV was revealed last October. GMC holds a very strong connection with this region, which feels like its own thanks to its long history here, particularly in Saudi Arabia. We are thrilled and filled with pride to see the 2021 Extreme E Racing series, with Chip Ganassi Racing – a true milestone for the GMC Hummer EV – starting in Saudi Arabia.”

“I can’t think of a better fit than showcasing the look of GMC’s HUMMER EV in Extreme E with Chip Ganassi Racing,” said Jim Campbell, General Motors U.S. vice president, Performance and Motorsports. “Both GMC HUMMER EV and the Extreme E series are designed to be revolutionary – to challenge perceptions of electric vehicles and to showcase their true capability.”

Noted off-road racers Kyle LeDuc and Sara Price will serve as drivers for CGR in the series.

“It’s truly an honor to represent GMC, especially during such an exciting time in auto racing,” said Chip Ganassi, CGR team owner. “The new GMC HUMMER EV is going to be a game changer in terms of how the world views off-road EV capability, and we couldn’t be more proud to represent GMC in such an innovative new series.”

The Extreme E five-race global championship will take place in some of the world’s most remote locations, starting in the desert of AlUla, in Saudi Arabia, next April and promotes the adoption of electric vehicles. Fans can follow along on GMC’s social channels.

“We feel very proud to welcome GMC and its iconic GMC HUMMER EV to the Extreme E family, as it joins forces with our Chip Ganassi Racing team,” said Alejandro Agag, founder and CEO of Extreme E. “Not only will Extreme E be a thrilling motorsport, it will also showcase the performance and benefits of electric vehicles.”

The HUMMER EV will be a fully electric addition to GMC’s portfolio powered by General Motors’ new Ultium battery system. The HUMMER EV Edition One will offer a three-motor e4WD propulsion system with GM-estimated best-in-class 1,000 horsepower and a GM-estimated 11,500 lb-ft of torque. With 800-volt DC fast charging capability, the GMC HUMMER EV is expected to have industry-best charging capability at any of the new 350-kilowatt high output public DC fast charging stations — the fastest method supported by current charging standards.