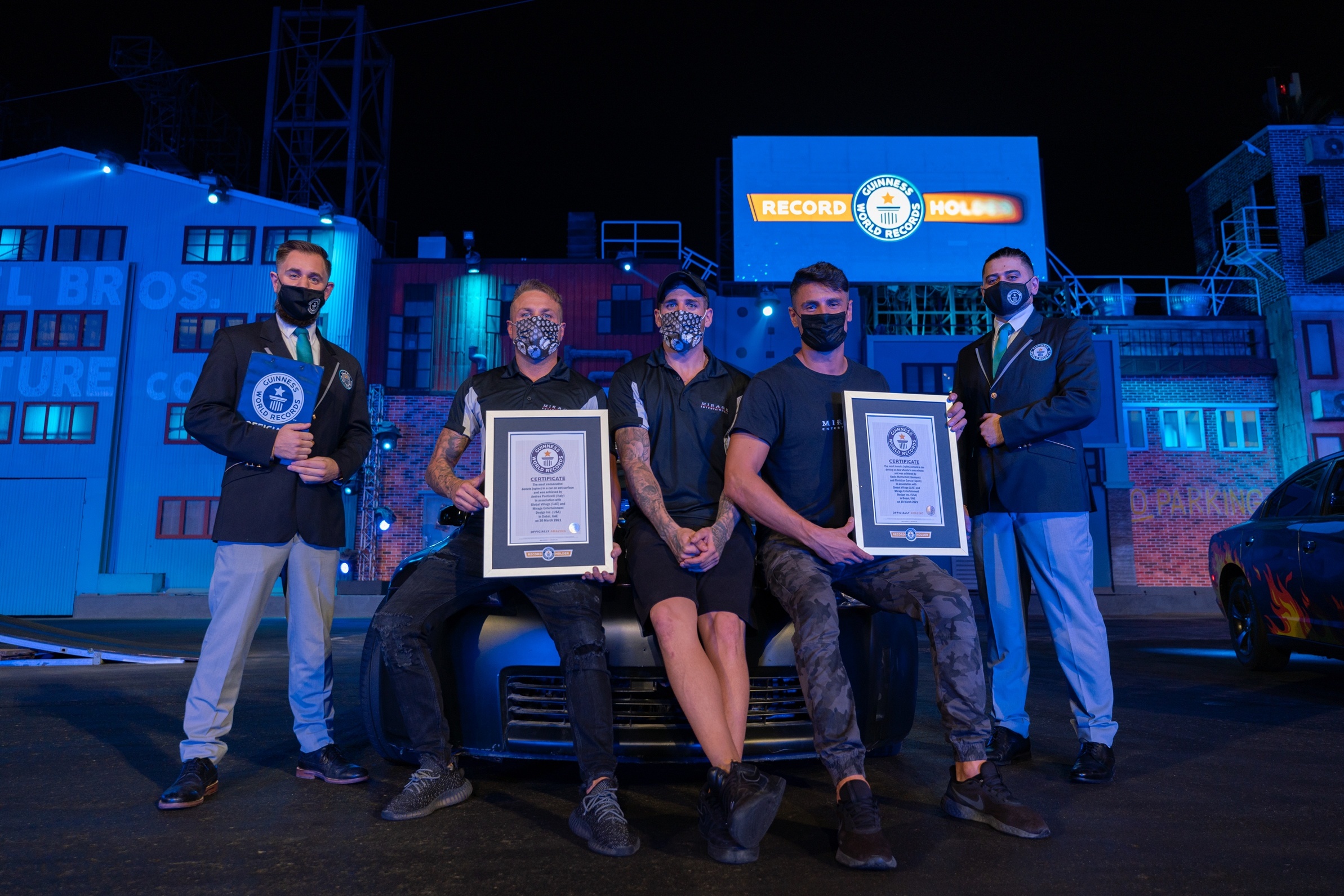 Global Village, the UAE and wider region’s leading multicultural family destination for culture, shopping, and entertainment, has broken two new Guinness World Records™ titles to move closer to its Silver Jubilee Season target of 25. The “Most consecutive donuts in a car on a wet surface” and “Most donuts around a car driving on two wheels in one minute” were claimed in front of excited onlookers at the stunt show arena, which was open for guests to join and revel in an adrenaline-packed night. The Mission Speed stunt team, secured the latest titles, taking this season’s tally to 20 with a little more than one month left before the summer break.

In partnership with Miraj Entertainment Design, the Vegas based leading world stunt producers around the world,  the stuntmen and women at Global Village have been wowing guests with some of the most daring jumps, spins and tricks on bikes, in cars, and even in tanks! The record-breaking team of professionals hails from US, Spain, Italy, Germany, Moldova, India and Brazil, truly representing the multicultural identity of Global Village. The first record attempted for the night was the “Most donuts around a car driving on two wheels in one minute” and in the very reduced space of the Mission Speed stage this was a highly challenging record.  Christian Diaz Garcia, driving the car on two wheels, and Kevin Muttschall spinning in another car around him, were delighted when the official from Guinness World Record confirmed 12 spins in their third official attempt. The second record attempt for the “Most consecutive donuts in a car on a wet surface”, was broken by Andrea Ponticelle who left the audience at awe when he managed 62 spins in his very first attempt.

Global Village is now moving through the gears and accelerating towards the remaining titles to reach 25 Guinness World Records before the finale of the Silver Jubliee Season on 2nd of May.