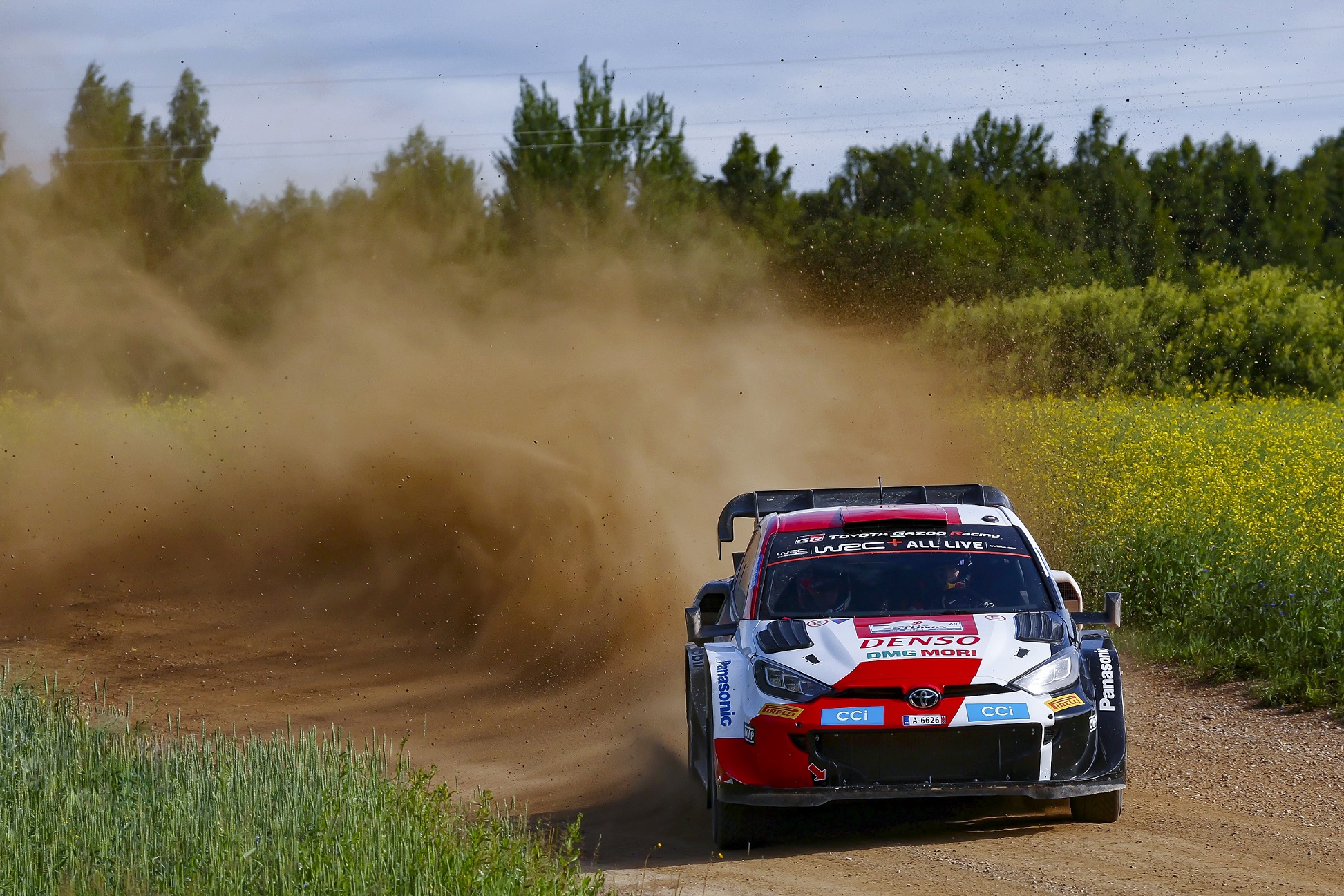 The GAZOO Racing (GR) World Rally Team (WRT) has pulled off a one-two finish for the GR YARIS Rally1 Hybrid Electric vehicle in the FIA World Rally Championship (WRC) at Rally Estonia, as Kalle Rovanperä continued his remarkable 2022 season with his fifth victory from the last six events after a high-speed battle with team-mate Elfyn Evans. By scoring maximum points toward the manufacturers’ championship during the eventful race, Toyota now leads by 87 points.

After a series of rougher gravel events, the smooth and fast stages of Estonia provided a test for the outright performance of the GR YARIS Rally1 Hybrid Electric Vehicle that dominated the seventh round of the WRC 2022 season. Despite short and sharp rain showers making conditions extremely changeable and unpredictable for the drivers, the vehicle recorded the fastest time in all 22 full-length stages.

Even though the final two stages saw the worst of the weather posing challenges to both Rovanperä and Evans, they maintained their overall positions. They then made the most of improving conditions as the sun came out for their runs at the deciding Power Stage, with Rovanperä setting the best time by a huge 22.5 seconds over Evans to claim maximum points for himself and co-driver Jonne Halttunen, who increased their championship lead to 83 points after seven of 13 rounds. Evans and his co-driver Scott Martin have climbed to third in the standings after a second straight second-place finish and their third of the season.

Akio Toyoda, President, and CEO of Toyota Motor Corporation commented: “Kalle and Jonne, congratulations on back-to-back victories after Kenya, the fifth win this season, and two consecutive victories in Estonia! For Elfyn and Scott, it’s their third second-place finish this season. The points they earned mean a lot for the team and I know they will be reliable in the second half of the season as well. I’m really looking forward to the second half of the 2022 season and I believe our fans are feeling the same way. We will continue to do our best to meet your expectations. Thank you very much for your continued support.”

Over the years, Toyota has been participating in many different forms of motorsports, ‎including Formula One, the World Endurance Championship (WEC), and the Nürburgring 24 ‎Hours endurance race. Toyota’s participation in these events was overseen by separate ‎entities within the company until April 2015, when Toyota established GR, ‎to consolidate all of its motorsport’s activities under one in-house brand. Representing ‎Toyota’s belief that ‘the roads build the people, and the people build the cars,’ GR highlights the role of motorsports as a fundamental pillar of Toyota’s commitment to ‎making ‘ever-better’ cars. Harnessing years of experience gained under the extreme ‎conditions of various motorsports events, GR aims to forge new ‎technologies and solutions that bring the freedom, adventure, and joy of driving to everyone.

Rally Finland, which will take place from August 4-7, is the fastest rally on the calendar and also a home rally for the GR WRT, which has its headquarters close to the service park in Jyväskylä and has won each of the last four editions.