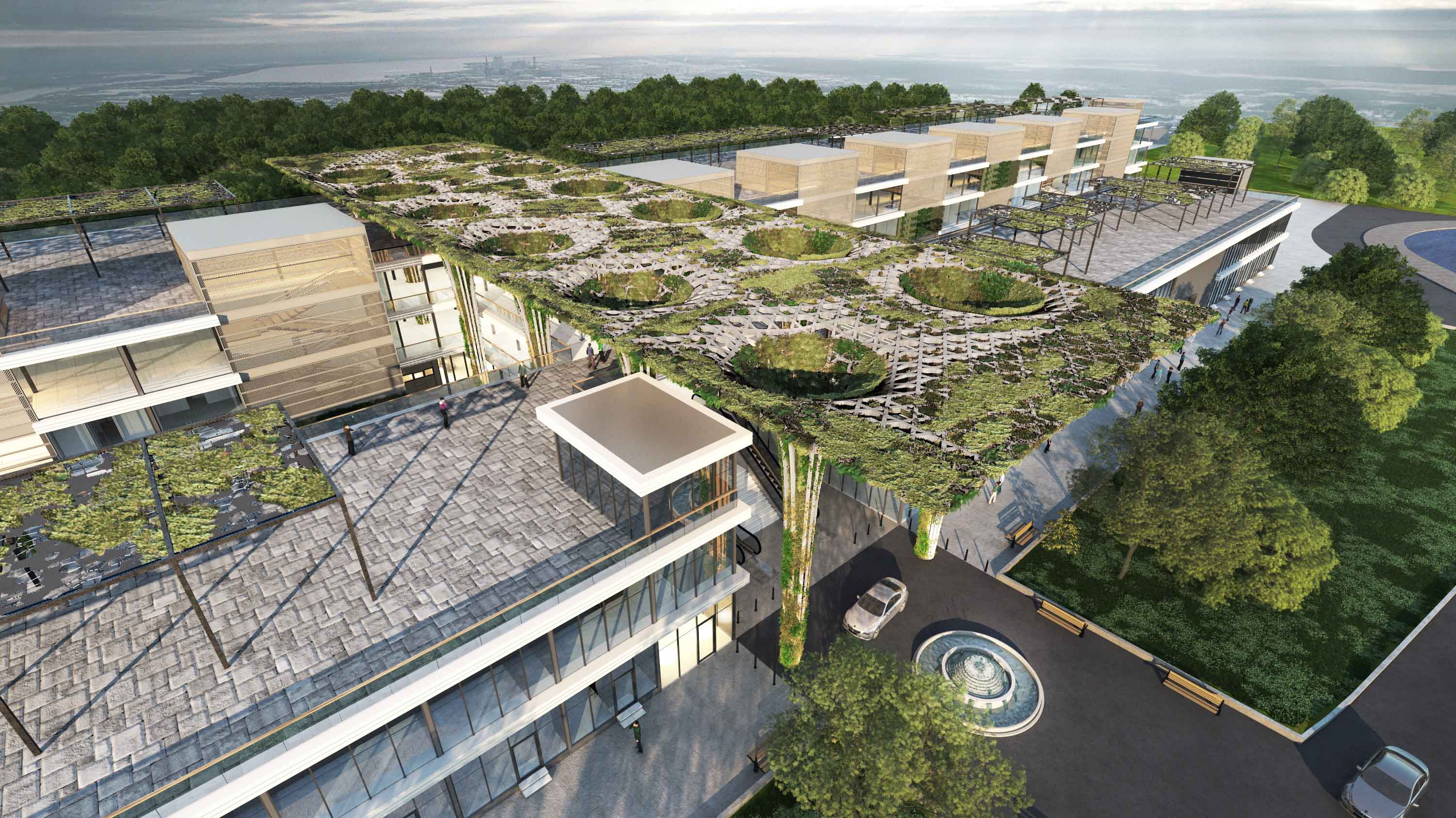 The Saudi Motorsport Company (SMC) – Promoter of the 2021 Formula 1 Saudi Arabian Grand Prix – has today revealed exclusive renderings of the state-of-the-art Pit & Team Building that will be the centre-piece of the Jeddah Corniche Circuit – F1’s newest track.

With just 6 months until the greatest drivers in the world line up on the grid in Jeddah to fight for victory at the 2021 FORMULA 1 SAUDI ARABIAN GRAND PRIX, SMC has unveiled brand new images of the spectacular home to teams, drivers, staff and VIP guests alike during the inaugural F1 race weekend in Considered the heart of a Formula 1 circuit, the newest Pit & Team Building in F1 will overlook the starting grid and back on to Jeddah’s majestic Red Sea coast. Designed by renowned Tilke GmbH architect, Ulrich Merres, the 280m-long, four-storey, cutting-edge structure takes the form of a composed landscape of multi-storey staggered buildings sitting splendidly alongside the main straight of the Jeddah Corniche Circuit, defined in its detail by straight and sleek lines.

Housing all team garages as well as the race control centre and the exclusive Paddock Club premium hospitality suites, the Pit & Team Building will provide guests with a magnificent view down on to the Pit Lane and starting grid where the most crucial moments of the racing action will occur when Formula 1 makes its debut in Jeddah for the penultimate round of the FIA Formula One World Championship.

Designed to fit harmoniously within the track and its surroundings, its architectural expression is equally inspired by its idyllic location on the banks of the Red Sea and the layout of the circuit.

Indeed, the building’s functionality, visual connection to the track and sensible positioning mark it out as one of the most unique and innovative structures of its kind, guaranteeing spectacular views of the racing action as well as of the breathtaking Jeddah waterfront.

Commenting earlier, HRH Prince Khalid Bin Sultan Al Abdullah Al Faisal, Chairman of the Saudi Automobile & Motorcycle Federation (SAMF) said: “We are delighted to share these exclusive renderings of our stunning Pit & Team Building with the world today. The Pit Building stands as a symbol of all that this race represents: welcoming, modern and spectacular.

With only 6 months to go until the pinnacle of motorsport reaches Saudi Arabia, preparations are progressing at an incredible rate as our dedicated team gears up for the first ever Formula 1 Saudi Arabian Grand Prix. We can’t wait to welcome you to Jeddah next December for a weekend of record-breaking racing and world class entertainment.”