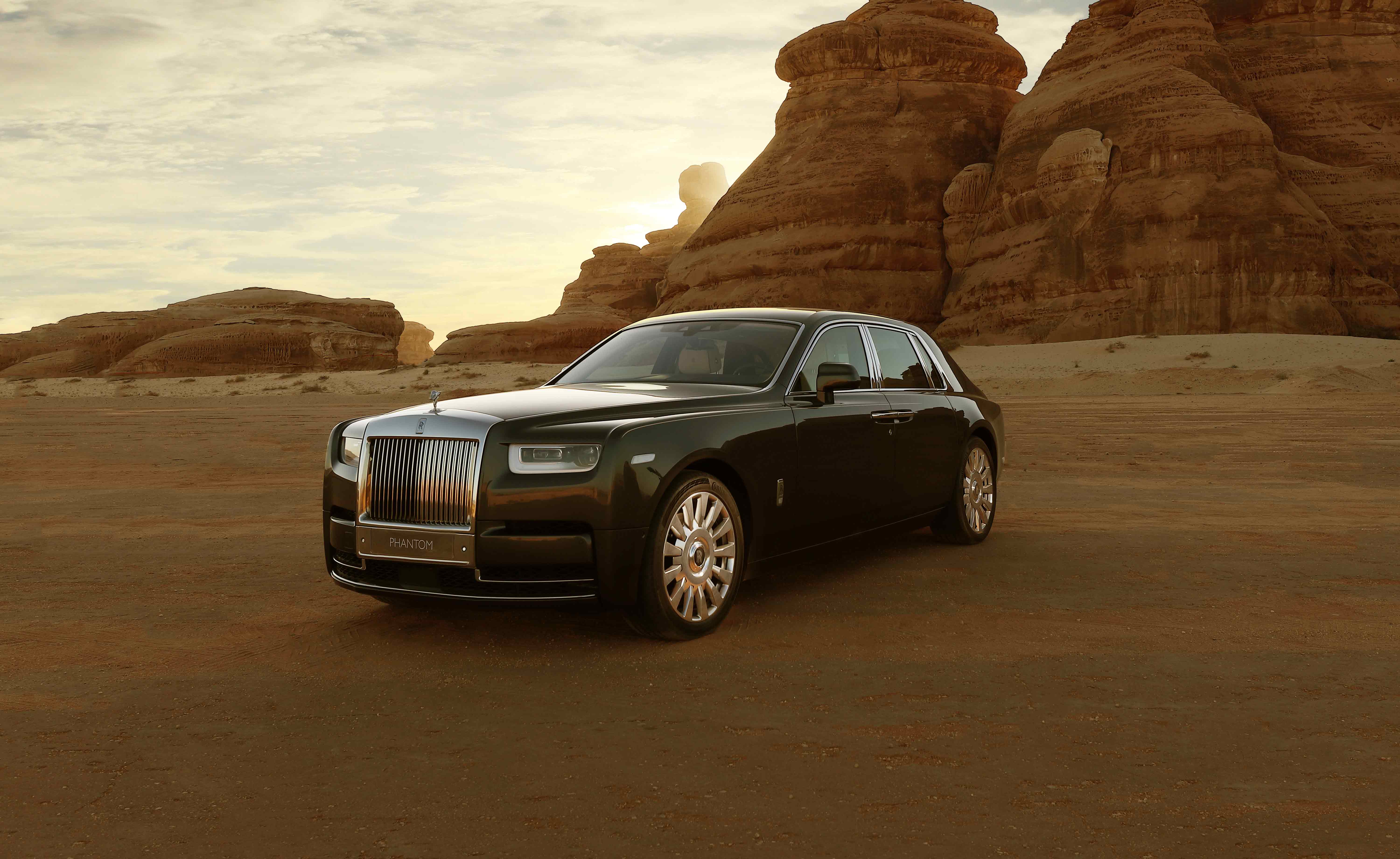 Experience the magic carpet ride of phantom in Alula, the kingdom of Saudi Arabia

From the moment Sir Henry Royce introduced the Rolls-Royce Phantom in 1925, it has conveyed some of the world’s most influential and powerful men and women to the most defining historical moments. Now, Phantom embarks on a journey through time, to the far reaches of imagination, to experience AlUla.

Showcasing Rolls-Royce Phantom, available at Mohamed Yousuf Naghi Motors, a photo and video shoot at one of Saudi Arabia’s most treasured, historical sites, brought to life the enchanting symbiosis of unrivalled automotive legacy and history.

Setting off on a magic carpet ride, the Saudi lifestyle blogger Yara Al Namlah, discovers raw, unchartered and un-tapped surroundings. Journeying across an ancient landscape, the authoritative statement of modern luxury, Phantom set off on an expedition across some of the world’s fascinating man-made and natural wonders including the lost city of Hegra, Maraya, Al Jarah, Jabal Ithlib and The Face Rock.

The epitome of effortless style standing poised against an iconic backdrop of natural wonders, the most silent car in the world lent itself as the perfect travel companion, ensuring nothing detracted from the beauty of the world’s largest living museum.

With the Suite of the Phantom offering an exquisite sanctuary from which to journey through time, and the spellbinding celestial canopy of the iconic Starlight Headliner adding even more magic to the journey, Phantom was a witness to greatness, in the sands of AlUla.