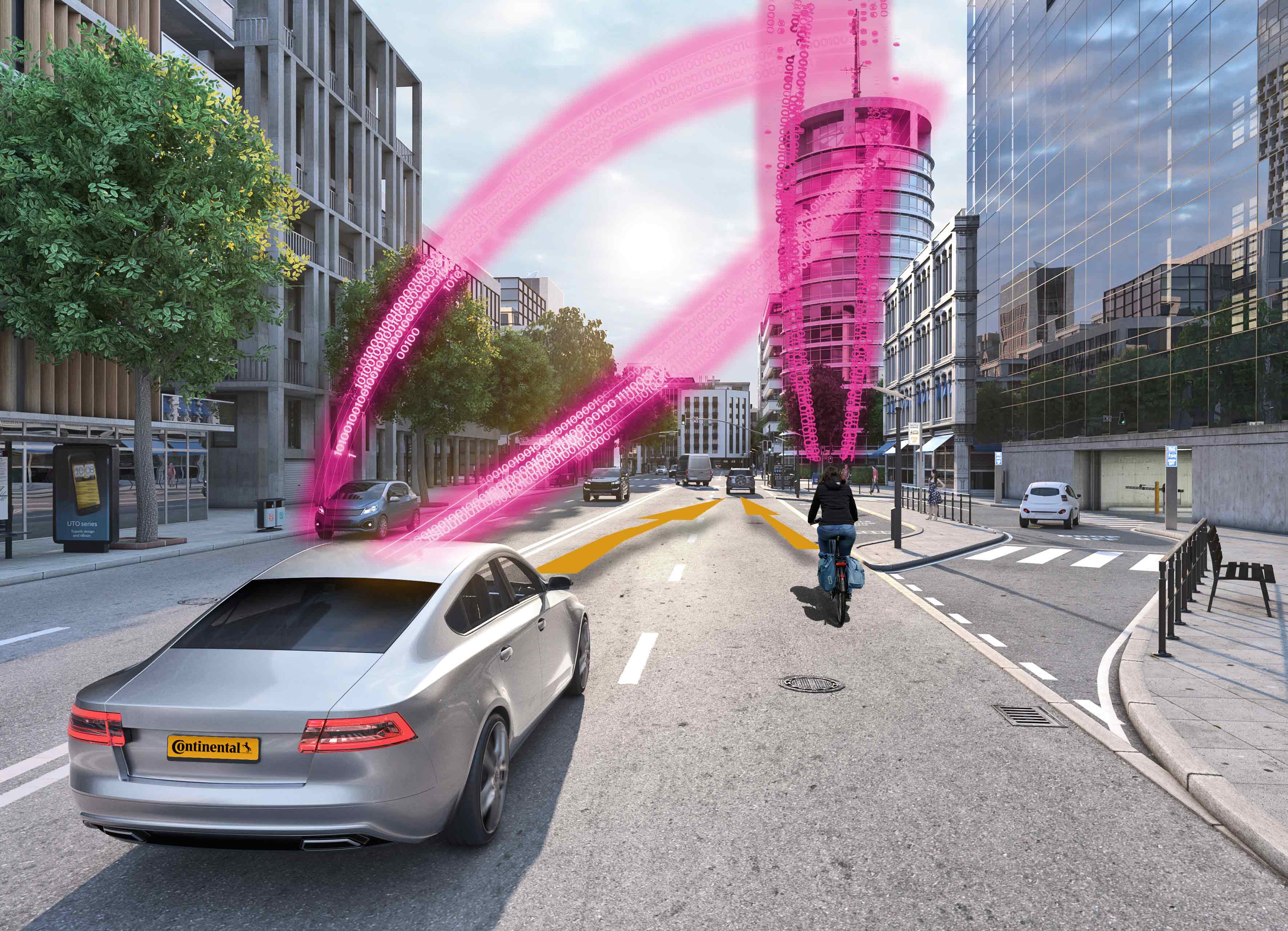 Continental and Deutsche Telekom are protecting cyclists: The two companies are developing a system that warns of accidents between connected vehicles and cyclists – or other vulnerable road users such as pedelec, scooter riders and pedestrians. The solution calculates the paths taken by cars and bicycles. If they are likely to cross at the same time, the system warns both road users via mobile communications in real-time. Initial road tests have been successful.

“Vulnerable road users in particular are often overlooked in road traffic. What’s more, according to the European Road Safety Council, more than 80 percent of accidents between pedestrians or cyclists and motorized vehicles end fatally for the vulnerable road users. Thanks to real-time networking and collision warning, we therefore give cyclists or pedestrians more visibility. In this way, we reduce serious accidents, injuries, and traffic fatalities,” says Karsten Michels, Head of Research and Advanced Development at Continental.

“With collision warning, we are equipping cyclists, pedelec and scooter riders with a digital guardian angel,” says Oliver Bahns, responsible for Connected Mobility at T-Systems. “The key to this is the high level of connectivity: around 85 percent of the population in Europe uses a smartphone. And more and more cars are connected, too. With our computers in the mobile network, we also ensure extremely short response times.”

The collision warning system is based on satellite positioning (GPS), acceleration sensors, mobile communications and cloud computing. The car transmits its position and acceleration values to the cloud via mobile communications. The cyclist also sends this information to the cloud via smartphone. It calculates the paths for the next five seconds and sends a warning to the car and the cyclist’s end user device if a collision is imminent. To ensure that this information reaches both road users as quickly as possible, the nearest cloud computer in the mobile network to the location of the possible collision is always used. Technicians refer to this as multi-access edge computing.

The partners are further developing the collision warning systems for international use in everyday life and will present the results at the ITS World Congress. The leading trade fair for intelligent transportation systems will be held in Hamburg from 11th to 15th October. The collision warning system is being developed in the Reallabor Hamburg project and is funded by the German Federal Ministry of Transport and Digital Infrastructure.