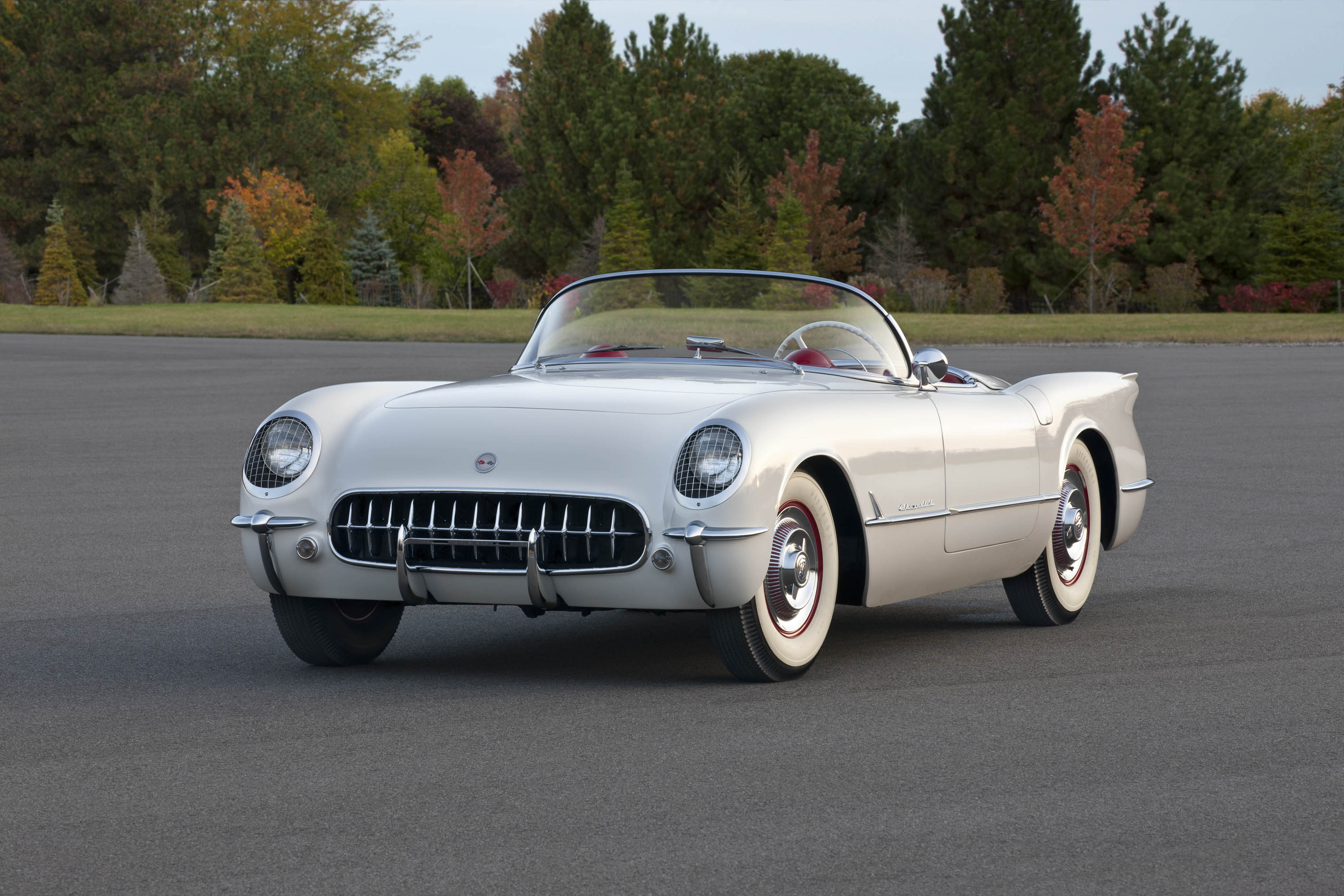 1954 Chevrolet Corvette Convertible -- the first generation of the Corvette was produced from 1953 to 1962 and established the car's reputation as leader in technology, design and performance

As one of the most revered performance nameplates, the Corvette recently celebrated its 67th anniversary, making it the world’s longest running continuously produced passenger car. The first Corvette sports car went into production in Flint, Michigan on June 30, 1953. Over the past six-plus decades, Chevrolet has built as many as 1.75 million Corvettes over its lifespan. More importantly, Chevrolet has pushed the envelope consistently to offer leading-edge technology to deliver unprecedented performance which has culminated in the 2020 Corvette Stingray, the first-ever mid-engine Corvette.

But where did it begin? The original Corvette debuted as a concept vehicle at the General Motors Motorama in New York City on Jan. 17, 1953. Given its futuristic design and performance promise, it received immense public and critical acclaim. This spurred General Motors to launch a limited production run of 300 Corvettes just a few months later. The rest, as the saying goes, is history.

Interestingly, all 1953 models were Polo White with a red interior and were priced at $3,498. But such is the allure of the gen-one Corvette that in 2006, the third 1953 Corvette ever produced sold for a then-record of $1.06 million at auction, underscoring the devotion of the brand’s followers.

While the all-new Chevrolet Corvette Stingray follows a different formula, with a V-8, mid-engine layout, the original Corvette was exclusively available with an inline six-cylinder engine until 1955. However, Chevrolet did provide an optional all-new small block V-8 engine, which was ordered by just seven buyers. Corvette has been available exclusively with V-8 power since 1956.

Another fun fact about the Corvette is that it was produced only as a convertible for its first 10 years. The iconic fixed-roof “split-window” Sting Ray coupe was produced in 1963 with the second-generation Corvette.  Predictably, this resulted in a sales surge, with nearly twice as many cars finding new homes.

That said, in 1983 no Corvettes were sold to the public. The model year was skipped in preparation for the all-new 1984 Corvette, which launched the C4 generation. However, 44 Corvette prototypes were built as 1983 models, out of which only one remains, and is on display at the National Corvette Museum in Bowling Green.

Which brings us to the current Corvette Stingray. The first mid-engine Chevrolet Corvette off the production line sold for a record $3 million at the Barrett-Jackson auction company with proceeds donated to the Detroit Children’s Fund to benefit underfunded Detroit public schools. NASCAR team owner Rick Hendrick was the winning bidder.

The 2020 Stingray, the brand’s first-ever production mid-engine Corvette, draws upon the enduring legacy of this iconic sports car, but it has been reimagined to deliver better performance, technology, craftsmanship and luxury. It is also the fastest, most powerful Corvette Stingray ever created.

Tadge Juechter, Corvette executive chief engineer, says, “Our mission was to develop a new type of sports car, combining the successful attributes of Corvette with the performance and driving experience of mid-engine supercars.”

Over the course of the past 67 years, the Chevrolet Corvette has come to represent American design, performance, technical prowess and attainability. Much like the first-generation Corvette, the 2020 Stingray is a trailblazer culminating with a mid-engine layout in both coupe and convertible forms. It’s a vehicle that redefined

performance motoring around the world and continues to do so with ingenuity and remarkable value for money.