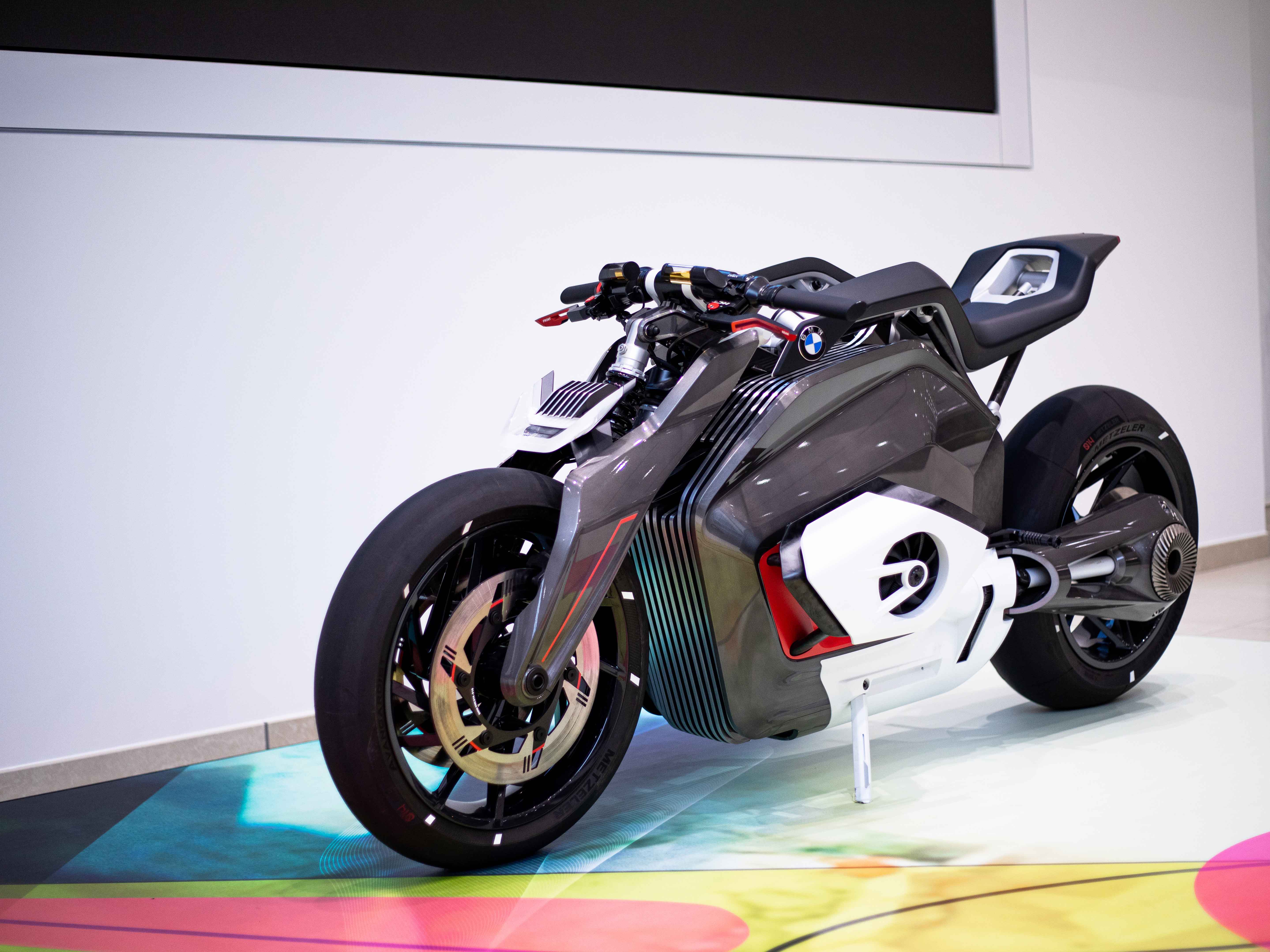 The BMW Motorrad Vision DC Roadster is a highly emotional naked bike with electric drive, while at the same time presenting an exciting new type of riding pleasure.
While in a conventional motorbike the size of the engine is mainly determined by its capacity, it is the battery that takes up most space, in the case of the BMW Motorrad Vision DC Roadster. With this in mind, the Vision Bike shows that BMW is able to retain its Motorrad identity and iconic appearance making it instantly recognisable as a BMW motorcycle, revealing its electric nature on closer inspection.
Replacing what would previously have been the engine, there is now a vertically fitted, longitudinally oriented battery. For cooling purposes, two side elements protrude with cooling ribs and integrated ventilators.
As in the boxer engine of the BMW R 32 – the development of which was masterminded by Max Friz in 1923 – the cooling elements are placed in the air stream. The cylinder-shaped electric motor is positioned underneath the battery and is directly connected to the universal shaft. The BMW Motorrad Vision DC Roadster thus demonstrates a clever drive architecture that visually echoes the history of BMW Motorrad while at the same time taking it a step further.
The overall appearance of the BMW Motorrad Vision DC conveys a sense of lightness so as to emphasise driving dynamics. A key element of the BMW Motorrad Vision DC Roadster’s captivating appeal is the elaborate finish to be found in all its details. Within the mainly dark colour concept, it is the mechanical elements such as the exposed universal shaft and the Duolever fork that add striking accentuations. In this case, the two classic BMW features are re-interpreted and elaborately showcased. In the same way, the suggested triangular frame echoes a typical feature of earlier BMW motorcycle models, even recapturing its white lines, which in this instance fluoresce in the dark.
The BMW Motorrad Vision DC Roadster is a visionary symbol of the future of BMW Motorrad with alternative drive forms. It showcases the electrically powered driving experience in honest, authentic form, and in particular, creates a new, distinctive aesthetic appeal that is still firmly rooted in the finest BMW tradition.