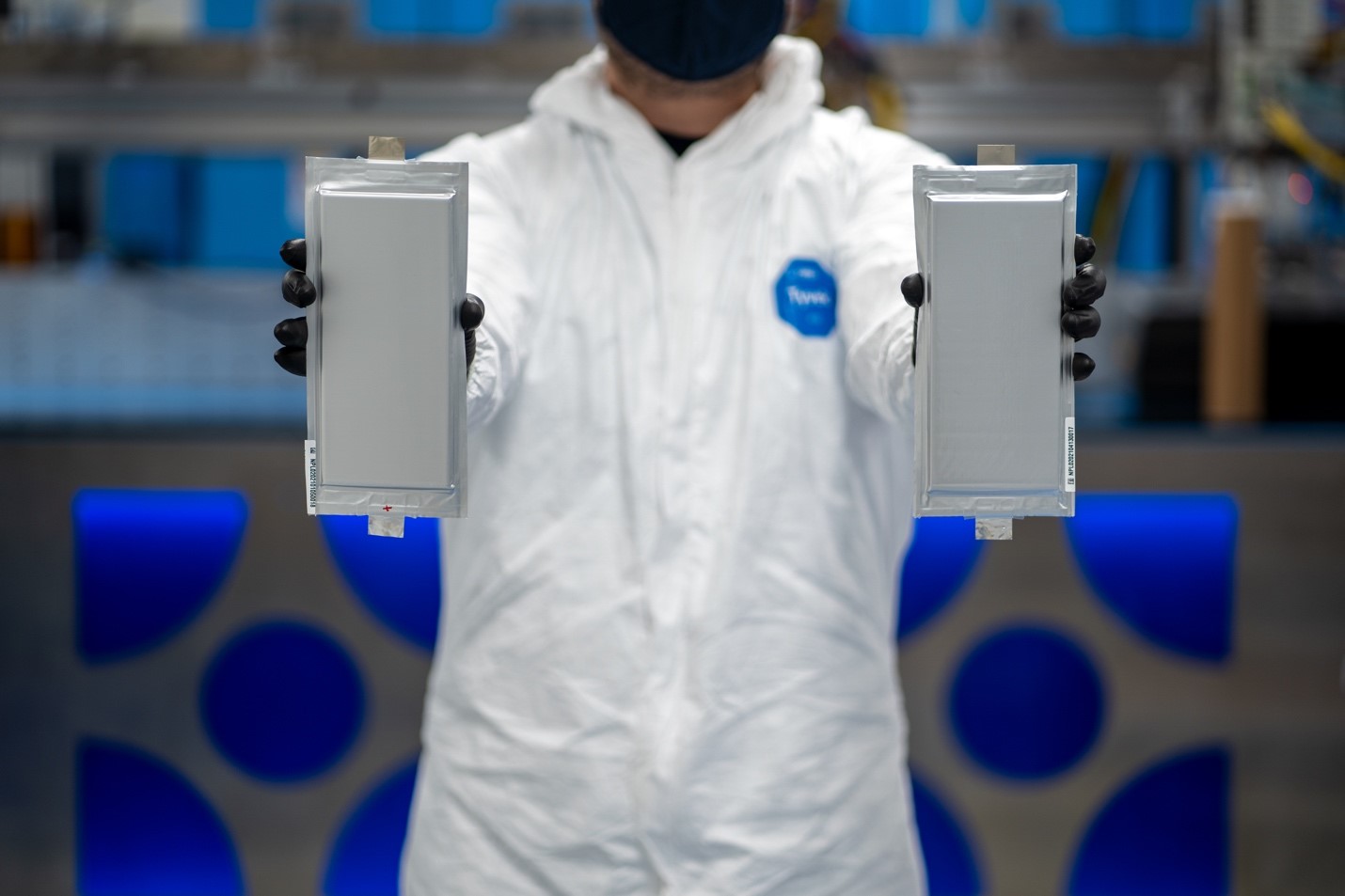 Solid Power, an industry-leading producer of all solid-state batteries for electric vehicles, today announced a $130 million Series B investment round led by the BMW Group, Ford Motor Company and Volta Energy Technologies. Ford and the BMW Group have also expanded existing joint development agreements with Solid Power to secure all solid-state batteries for future electric vehicles.

Solid Power’s leadership in all solid-state battery development and manufacturing has been confirmed with the delivery of hundreds of production line-produced battery cells that were validated by Ford and BMW Group late last year, formalizing Solid Power’s commercialization plans with its two long- standing automotive partners.

“Being a leader in advanced battery technology is of the utmost importance for the BMW Group. The development of all solid-state batteries is one of the most promising and important steps towards more efficient, sustainable, and safer electric vehicles. We now have taken our next step on this path with Solid Power,” said Frank Weber, Member of the Board of Management BMW AG, Development. “Together we have developed a 20 Ah all solid-state cell that is absolutely outstanding in this field. Over the past 10 years BMW has continuously increased the battery cell competence– important partners like Solid Power share our vision of a zero-emission mobility.”

“Volta invested early in Solid Power when our team of energy and commercialization experts found they had not only promising technology, but also a fundamental focus on manufacturability. After all, a breakthrough battery will not find a place in the market if it can’t be produced at scale with acceptable costs,” said Dr. Jeff Chamberlain, CEO of Volta Energy Technologies, a venture capital firm spun out of the U.S. Department of Energy’s Argonne National Laboratory focused on investing in breakthrough energy storage and battery innovations. “The fact that Solid Power is already producing multi-layer all solid- state batteries using industry-standard automated commercial manufacturing equipment is why Volta is excited to ramp up its earlier investment. The company’s partnership with BMW and Ford will further accelerate the full commercialization of Solid Power’s batteries and position both car companies to be among the first to have EVs on the road powered by safer, affordable, high- energy solid-state batteries.”

For the BMW Group, it is clear that high-performance and sustainable energy storage systems are the key success factor for the individual mobility of the future. The development of highly innovative and sustainable battery cells is therefore one key element of the next phase of transformation of the BMW Group.

The BMW Group is accelerating its development for the battery technology of the future: This goal is also reflected in the Neue Klasse, which the BMW Group first presented at its annual conference in March. This new generation of vehicles, which will be launched by the middle of this decade, will be uncompromisingly electric, digital, circular – and clearly focused on all-electric drivetrains.

With the Neue Klasse, the BMW Group aims at the level of state-of-the-art internal combustion engines in terms of range and manufacturing costs. Therefore, electric mobility “engineered by BMW” is intended to appeal to and convince new groups of buyers worldwide. For this sixth generation of BMW e-drive technology, featuring the next level of Lithium-Ion batteries, the company evaluates correspondingly different cell formats, cell chemistry and also cell modules in the current development phase. A key goal is to create truly green, low-carbon and recyclable batteries.

Solid-state battery for serial use – demonstrator vehicle well before 2025

However, the BMW Group with its extensive in-house expertise in the complete value chain of electric drive for years, is already planning further into the future beyond this next generation:

By the end of the decade, the energy density of battery cells is expected to increase by at least a mid-double-digit percentage range – from an already high level today.

The battery cell of the future will be powerful, safe, cost-effective, and recyclable – from material selection to recyclability after the use in the vehicle. For the end of the decade the BMW Group has announced an automotive-compatible all solid-state battery for series production. A first demonstrator vehicle featuring this technology will be on the road well before 2025.

Thanks to intelligent vehicle architectures and a highly flexible production network, the BMW Group will have around a dozen all-electric models on the road as early as 2023.

In addition to the BMW i3*, MINI Cooper SE* and BMW iX3*, which are already on the market, two key innovation drivers, the BMW i4* and the BMW iX* will be put on the road this year– the BMW i4 even three months earlier than originally planned.

In the coming years, all-electric versions of the high-volume BMW 5 Series and the BMW X1 will follow. In addition, there will be an all-electric BMW 7 Series as well as the successor to the MINI Countryman and other models. As early as 2023, the BMW Group will have at least one all-electric model on the road in around 90 percent of its current market segments.

By 2025, the BMW Group will increase sales of all-electric models by an average of significantly more than 50 percent per year – more than ten times more than in 2020. In total, the company will have delivered around two million all-electric vehicles to customers by the end of 2025.

Based on current market expectations, the BMW Group is planning that by 2030 at least 50 percent of its global sales will consist of all-electric vehicles. In total, the company will bring about ten million all-electric vehicles onto the road over the approximately next ten years. This also means that the BMW Group is strategically on target of achieving the EU’s ambitious CO2 reduction targets in 2025 and 2030.

The investment in Solid Power again demonstrates the BMW Group ́s capability to identify the leading tech start-ups and to join forces on the way to achieve pathbreaking next generation technology. Various BMW Technology scouting offices around the world, outstanding startup accelerators, the BMW Startup Garage and BMW i Ventures, are always on the lookout for leading edge or disruptive tech in an increasingly competitive ecosystem.

As a result, BMW sets the standard for successful start-up collaboration, venture funding and corporate investment.

BMW i4: no CO2 Emissions & Consumption data available yet