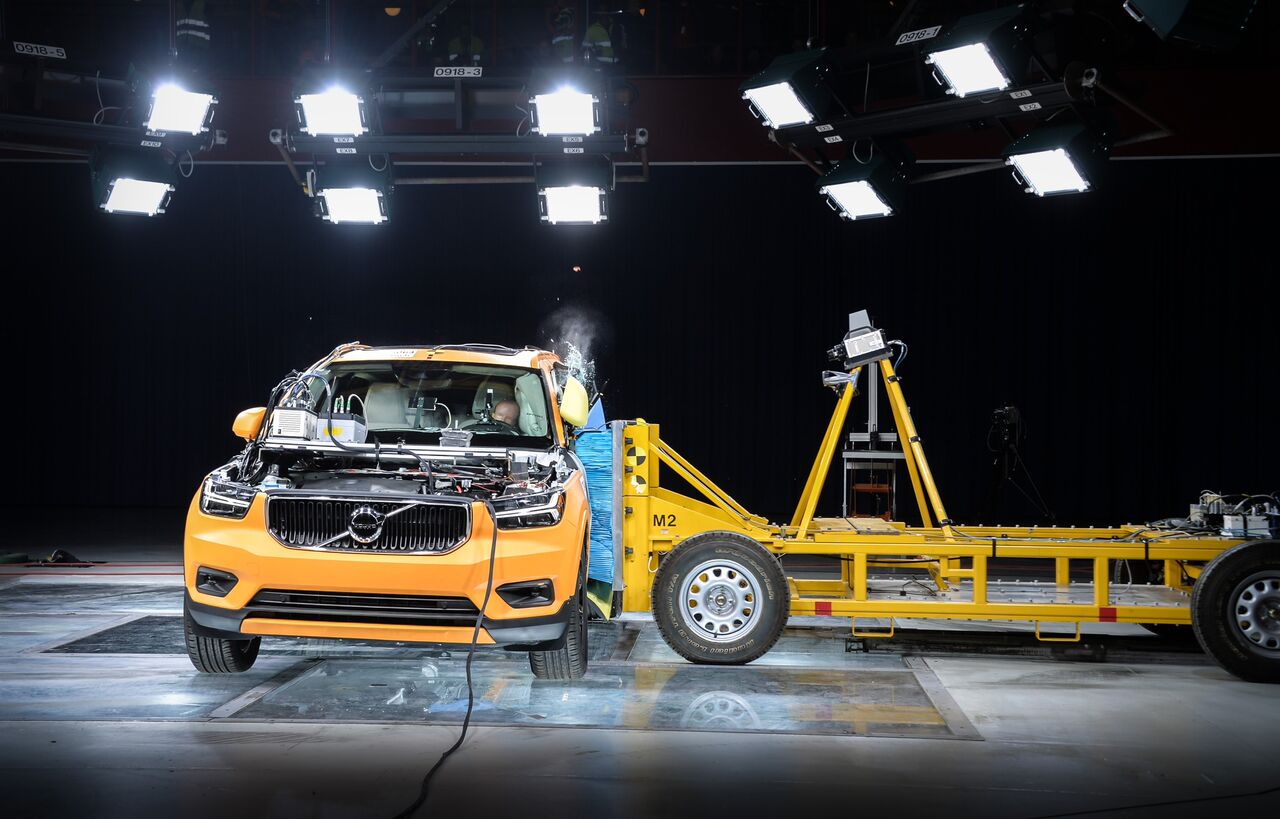 Volvo Strengthens Competitive Edge with Many Firsts for XC40

Volvo’s first model in the premium compact crossover segment, the XC40 comes with many firsts that will help it to compete with models from other premium brands like the Audi Q3, the Lexus NX, and BMW X3.
The XC40 will play a crucial role in Volvo’s plans to its worldwide sales by nearly 50 percent to 800,000 vehicles by 2020.

The XC40 is Volvo’s first model with features like inductive charging for mobile phones and an option for car-sharing among family members and friends. It will also be the first model that will spearhead Volvo’s new all-inclusive subscription service, “Care by Volvo” which will be available in the US and in seven European markets like UK, Italy, Spain, Sweden, Germany, Norway and Poland. This service will cover costs like insurance, maintenance, tire changes and other services which can reduce the hassles of ownership. The service will cost 699 euros (USD 833) every month across Europe and will cover a 24-month period. Volvo will announce the monthly cost of the service for the U.S. at the Los Angeles Auto Show in November.

The XC40 has several safety and infotainment technologies that are normally seen in its larger, more expensive models like City Safety crash prevention system and a touch screen-controlled infotainment system. The XC40’s City Safety crash-prevention technology, can prevent crashes at speeds up to 60 kph. Other safety features include ones which can keep a vehicle from running off the road and help it avoid a head-on collision, lane-keeping assist and lane-departure warning.

Optional equipment for the model includes its semiautonomous Pilot Assist system, which has the capability to steer, accelerate and brake the vehicle in certain settings. A 360-degree camera can be used to make parking in even tight spaces easier and is another optional feature that can make urban driving a lot easier.

The XC40 is the first Volvo model that would be based on the compact modular architecture, or CMA, that Volvo had developed along with another brand owned by its parent company, Geely Automobile. The company will commence production of the XC40 in November at Volvo’s factory in Ghent, Belgium and Volvo is also planning to make the model for the Chinese market at its factory in Luqiao, China.

Volvo CEO Hakan Samuelsson said that Volvo’s goal with the XC40 was to broaden the brand’s appeal and take the company in a new direction.

Compact premium crossovers are highly popular and are among the automotive industry’s fastest-growing segments.

Volvo will launch the XC40 in the US and European markets first, with U.S. deliveries slated to start in March 2018. The XC40 will be powered by a 250-hp four-cylinder 2.0-liter gasoline engine that is paired with an eight-speed automatic transmission and will have all-wheel drive. Hybrid and all-electric variants will be available at a later stage. In the European market, Volvo will also be selling a diesel variant.

Automotive experts feel that the XC40 is all set to compete strongly with well known premium compact SUVs like the Mercedes GLA, the Audi Q3 and even the new Jaguar E-Pace.