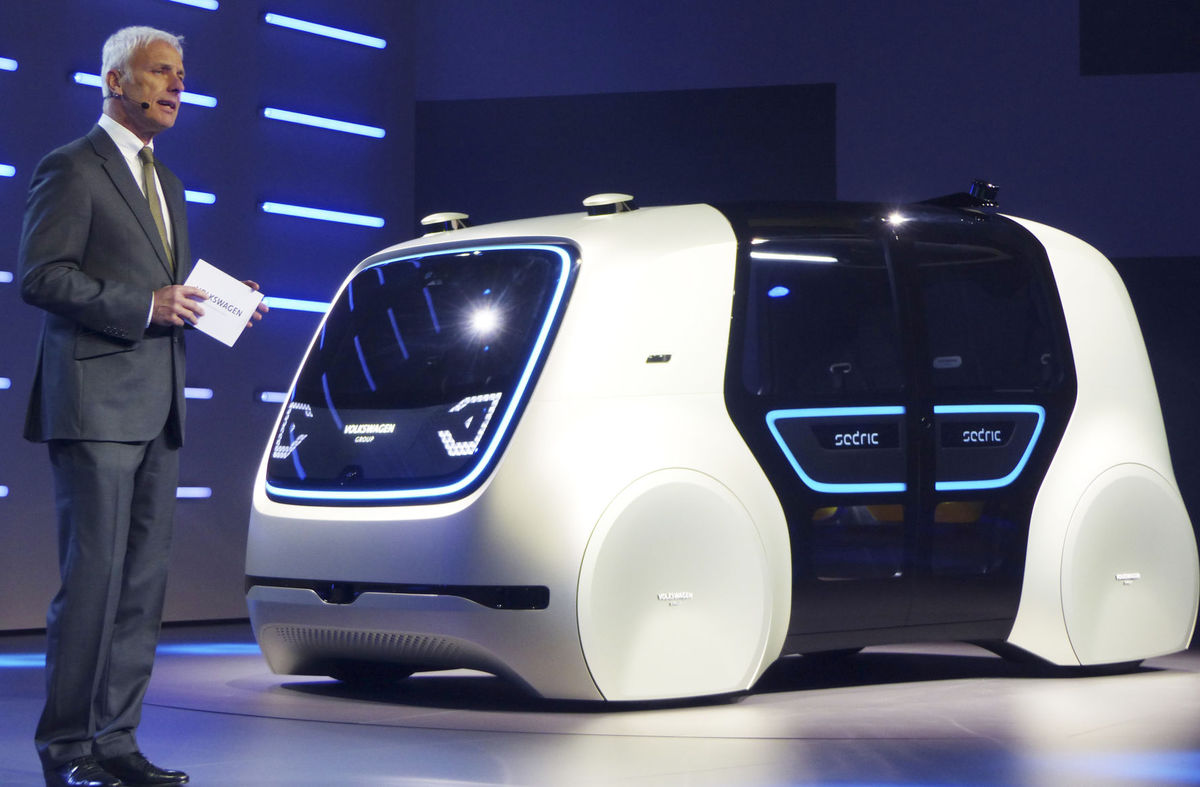 Volkswagen had unveiled renderings of a futuristic autonomous vehicle named the Sedric back in March. The German brand used the recent Auto Shanghai 2017 show to showcase a prototype based on the rendering. There were no brakes, no controls, no pedals and no cockpit controls. The cockpit of the concept vehicle was completely removed and the vehicle was fully capable of level 5 autonomous driving.

According to the VW Group, autonomous driving of the vehicle is so simple that all passengers have to do is press a button to start the vehicle and keep it going based on voice commands. Volkswagen recently partnered with smartwatch manufacturer Mobvoi to obtain the AI digital assistance interface needed for the Sedric, and other autonomous models the company will make in the future.

At the show, the Sedric did not have a VW badge because it represented a concept vehicle for the Volkswagen Group rather than the Volkswagen car brand. The concept car was designed and developed by the company’s Future Center Europe located in Potsdam in collaboration with Volkswagen Group Research in Wolfsburg. According to Volkswagen’s Chief designer, Michael Mauer, the vehicle was the outcome of the company’s focus on its customers, and their requirements for mobility in the future.

According to Mauer, a self-driving vehicle like this could possibly offer many benefits in the future, like picking children up from school, meeting people at the airport , dropping elderly people at the hospital and best of all, it can even park itself.