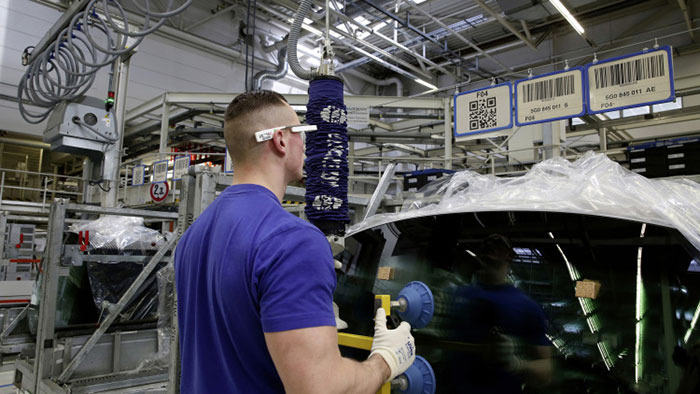 Following a successful three-month trial period, Volkswagen has pioneered the use of 3 D smart glasses at its Wolfsburg factory for greater accuracy. The glasses will now be provided as standard equipment to workers on the production line and are expected to improve the efficiency of the logistics employees who are involved in order picking.

Through the glasses, the employees will automatically get information about storage locations and part numbers in their field of vision. The availability of touch and voice control make the glasses easy to use and allows them to keep their hands free for crucial jobs. The camera that is incorporated in the glasses also functions as a bar code scanner. When the parts used are correct, the barcodes are seen in green color while they are seen in red if the parts used are incorrect.

Commenting on the innovation, Reinhard de Vries, Head of Plant Logistics at Wolfsburg, said: “Digitalization is becoming increasingly important in production. The 3D smart glasses take cooperation between humans and systems to a new level.”

It is not compulsory to use the glasses and the employees are encouraged to gradually adopt the new technology at a comfortable pace. Currently, about 30 employees who deal with components like windshields and driveshafts are using the smart glasses and based on their feedback, other departments, factories and brands are also likely to adopt the use of smart glasses..

Works Council member Mario Kurznack-Bodner said that the benefits of new technology like the smart glasses can only be measured when they are used in the regular production process.