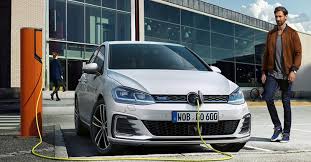 Volkswagen AG has revealed plans to soon add a subcompact electric crossover costing about USD 21,000 to its all-electric I.D. range. This will help the company to expand its range of zero-emission electric cars to more affordable models which could potentially challenge Tesla models. The entry-level electric car is likely to be made at the company’s factory in Emden, Germany.

The new vehicle is expected to become available at the retail level after 2020, and is expected to be a high-volume model, with the company projecting that it would sell about 200,000 units every year. This is similar to the current production levels Tesla’s Model 3, which has a higher price tag and is slated to be launched in Europe in 2019.

Volkswagen’s I.D. range will play a key role in what is one of the most aggressive electric car initiatives in the industry. The target is to have at least 50 electrified models on the road across the group, and this will extend to volume brands like VW, Seat and Skoda. Volkswagen is hoping to leverage the advantage of scale to offer models that are less expensive than those offered by competitors like Tesla, and with more consumers likely to shift to electric cars in the future, the company is hoping to soon catch up with Tesla which had the advantage of being an early mover in the field.

The first vehicle in the I.D. range is the I.D. Neo, which will be made at Volkswagen’s factory in Zwickau, Germany, and will be launched in 2020. Volkswagen estimates that it will be able to make the car in about half the time needed to assemble a Golf hatchback as it is less complex and has fewer model variants. The car will cost about the same as a diesel model of similar size, about 23,000 euros

At the Emden factory, Volkswagen plans to make about 100,000 units of a mid-sized electric sedan and station wagon named I.D. Aero. The production of the Passat sedan and station wagon currently made at this plant would be shifted to the Czech factory of the Skoda brand in Kvasiny around 2022. The Emden factory has been facing production halts due to fluctuations in demand with more consumers switching to SUVs.

Volkswagen will also be making electric cars in China at other sites in addition to the factory in Anting and a site in Foshan that have already been selected to make purely battery-powered cars as of 2020. In North America, VW will make electric cars at the company’s only US vehicle factory in Chattanooga.

Internally, the production revamp has been dubbed project Polaris internally, and is part of a large-scale makeover as a result of which vehicle manufacturing will be allocated more efficiently across VW’s 12 automotive brands. The company is seeking to cut costs as part of its foray into electric vehicles through closer cooperation between brands and steps like elimination of slow-selling models, trims and color options.

Volkswagen’s Chief executive officer Herbert Diess said in a recent interview that the company might license its new electric car technology, dubbed MEB, to Ford Motor Co. as part of the cooperation between the two companies. VW is also considering sharing the technology with other leading automakers.

As part of its investment in electric vehicles, VW plans to build a new factory in an East European country like Hungary or Bulgaria to benefit from the lower labor costs in these countries.